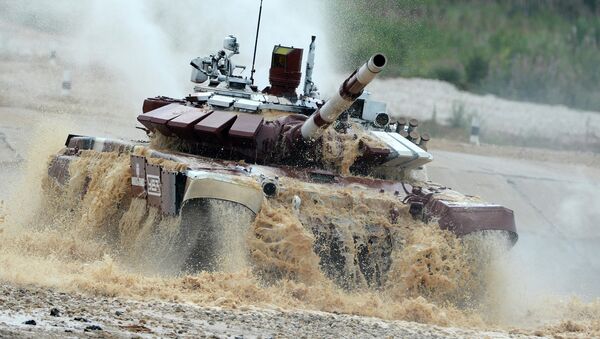 Fearing an "aggressive" Russia, US Army officials have revealed a top-secret study, reminiscent of the Cold War, to analyze the Kremlin’s military capabilities.

"It is clear that while our Army was engaged in Afghanistan and Iraq, Russia studied US capabilities and vulnerabilities and embarked on an ambitious, and largely successful, modernization effort," Lt. Gen. H.R. McMaster told Politico.

A leading figure in the US Army, McMaster is currently overseeing a "high-level government panel" formed to decide how the Pentagon "should adapt to this Russian wake-up call."

Known as the Russia New Generation Warfare Study, the panel is concerned, in part, with Moscow’s success in Syria, and partly with imagined Russian aggressions in Eastern Europe.

To respond to Russian capabilities, the study hopes to find new ways to upgrade America’s own military, in what former NATO commander General Wesley Clark described to Politico as, "the most dramatic rethinking since the collapse of the Soviet Union."

"These are the kind of issues the US Army hasn’t worked [with] since the end of the Cold War 25 years ago."

While the fact that the US Army is undergoing a top secret study of Russian military strategy may not be altogether surprising, its methodology may be.

"The Yom Kippur War had a shock effect on the US Army," former Marine and president of the Potomac Foundation Phillip Karber told Politico.

What Advantages US Could Take of Russian Air Campaign in Syria

In the aftermath of that war in 1973, US generals were sent to analyze derelict Russian tanks, and found them to be far more advanced than the Pentagon previously believed.

For the Pentagon, the comparison of the Yom Kippur War is analogous to today. That conflict broke out while the US was distracted in Vietnam, and the US believes its more recent forays into Iraq and Afghanistan blinded it to a military resurgence in Russia.

While Moscow appears to have US military strategists in a panic, General Donn Starry stressed that victory lies in soldiers’ attitudes, not necessarily technical superiority.

"It is strikingly evident," he said, according to Politico, "that battles are yet won by the courage of soldiers, the character of leaders, and the combat experience of well-trained units."

Notwithstanding those noble sentiments,, the US Army probably won’t be shutting down its study any time soon.