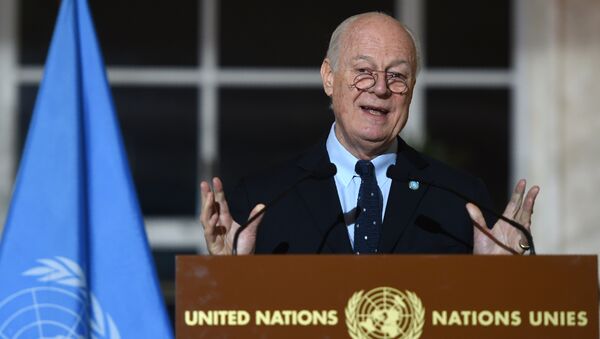 UN Special Envoy for Syria Staffan de Mistura is meeting the Syrian opposition's delegation created following meetings in Moscow and Cairo on the sidelines of the intra-Syrian talks in Geneva.

Syrian Opposition's HNC Says Believes Only in Plan A for Syria
GENEVA (Sputnik) – The delegations of the Syrian government and the Hmeymim opposition group are expected to arrive in Switzerland on Friday.

The opposition's High Negotiations Committee delegation has already come to Geneva and held a meeting with de Mistura on Wednesday, launching a new round of Syrian peace talks.

According to de Mistura, this round of Geneva talks will focus on topics of political transition, governance, and the constitution.