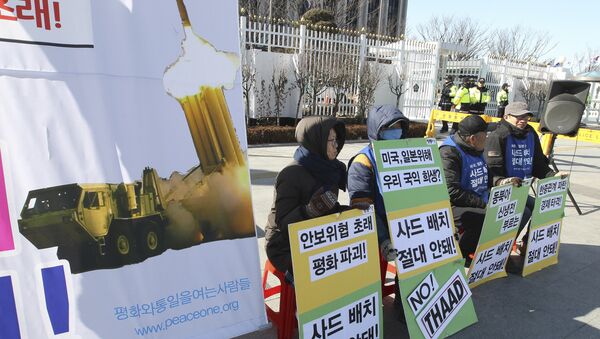 According to Russian Defense Ministry, Anatoly Antonov and South Korea's Ambassador to Russia Park Ro-byug discussed on Thursday the current situation on the Korean Peninsula and the Asia-Pacific region in general.

"During the meeting, Antonov stressed the importance of political-diplomatic resolution of the situation on the Korean Peninsula aimed at preventing the escalation of tensions in North Eastern Asia," the ministry said in a statement.

"At the same time, the Russian deputy defense minister noted that the planned deployment of US THAAD missile defense systems in South Korea will have a negative impact on the military-political situation in the region," the statement said.