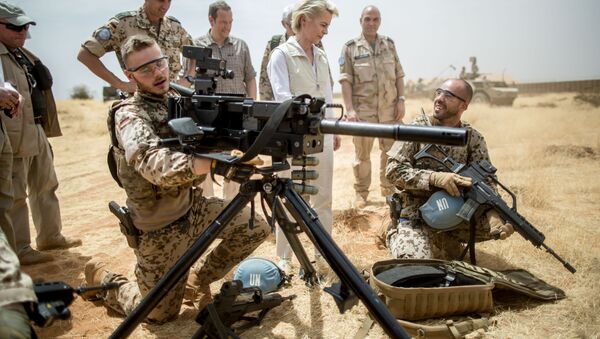 The German cabinet has approved a plan to extend military presence in Mali and off the Somalian coast for a year, the government’s spokesman said Wednesday.

BERLIN (Sputnik) — German troops will be deployed to the region under the EU aegis until May 31, 2017, government reports indicated. The plan still needs the approval of the national parliament, Seibert stressed.

"The cabinet has decided to prolong Bundeswehr [German army] deployment to the anti-piracy mission off Somalia and to [further] support Mali," Steffen Seibert said.

Africa
Al-Qaeda Claims Responsibility for Statoil Gas Plant Attack in Algeria
In Somalia, Bundeswehr has been engaged in EU patrol missions to secure navigation since 2008. It plans to cut the number of troops from 650 to 600 over the next year.

In Mali, Germany wants to expand its military presence to the north of the country. It maintains one of the biggest foreign forces of 350 service personnel in southern Mali. The EU Training Mission in Mali (EUTM) was launched in 2013 to help stabilize the West African nation.

Mali has been in turmoil since a 2012 military coup when separatist Tuareg tribes captured vast territories in northern Mali. The same year, Islamist militants joined the flight and forced Tuaregs out of many areas under their control.