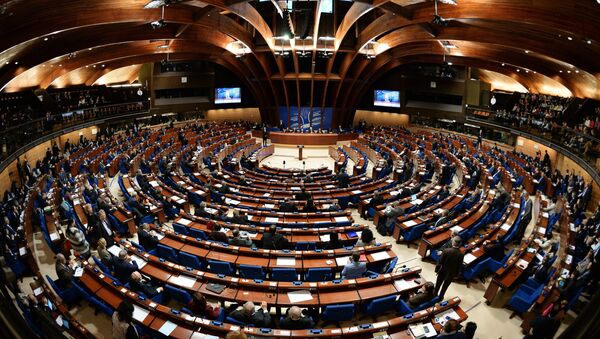 The Council of Europe (CoE) adopted on Wednesday guidelines to protect journalism and the safety of journalists in all member states, the CoE Directorate of Communications said in a press release.

MOSCOW (Sputnik) — The CoE Committee of Ministers encouraged states in a recommendation to revise their legislation on media freedom to ensure they comply with the European Convention of Human Rights.

"Journalists and free media play an essential role in any functioning democracy. They must be allowed to scrutinize those in power and expose corruption. It is our duty to defend freedom of expression and to protect journalists," the press release quoted Council of Europe's Secretary General Thorbjorn Jagland as saying.

This European Country Has Huge Problem With Press Freedom
The Committee of Ministers called on EU member states to work on legislative framework to establish safeguards for the exercise of freedom of expression, according to the press release.

The recommendation consists of requirements for probes into killings or assaults against journalists to ensure those responsible for such crimes would be held accountable. Such investigations also require specialized staff with adequate training in human rights, according to the press release.