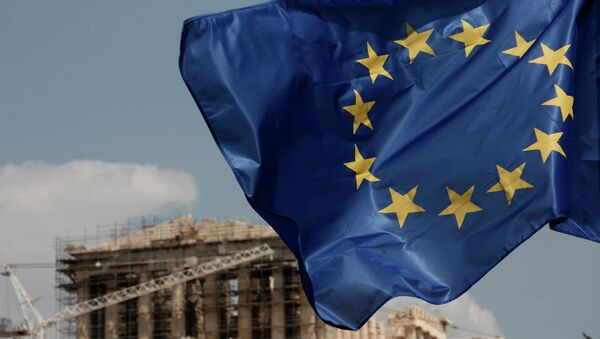 Greece will abide by the agreement with its international lenders and expects the same out of them, government spokeswoman Olga Gerovasili said Tuesday.

"The Greek government has stated categorically that it will adhere to the letter of the July agreement and emphasizes that the same is required from all those involved in the negotiations," Gerovasili told reporters in a televised address.

The latest negotiations to smooth out disputes ahead of the release of the next tranche adjourned late Monday for the International Monetary Fund’s (IMF) April 15-17 spring meetings. The sides continue to disagree over taxation, as well as pension and social security reforms.

Greece at Loggerheads With Creditors Over Latest Bailout Payment
Greek Finance Minister Euclid Tsakalotos said earlier the lenders would return on Monday to reach an agreement ahead of the April 22 eurogroup meeting.

Gerovasili stressed that talks "should have been closed long ago," saying that Athens had submitted "comprehensive proposals fully covering the objectives" of the agreement.

The talks appeared to be threatened after a leaked transcript of a phone call between IMF European Department chief Poul Thomsen and IMF Mission Chief for Greece Delia Velculescu suggested agreement that a threat of imminent financial catastrophe was needed to make Athens commit to tighter austerity.