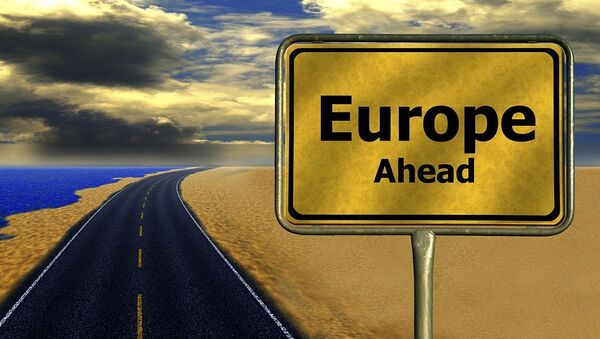 The President of the European Parliament has warned that the EU is on a "slippery path" and risks breakup, following the vote of no confidence last week in the Netherlands, the impending UK vote over Brexit and the rise in Euroskepticism throughout Europe.

Trust in "entire institutions, whether national or European," was lost, Schulz told the German newspaper the Frankfurter Allgemeine Zeitung (FAZ). He said there was the risk of an "implosion of the EU," partly due to Euroskeptic movements within EU member states.

"If the British leave the EU, there will be demands for further escape referendums. In Europe, we are on a slippery path. Hardly any of the governments are really fighting to reach the hearts of the people," he said.

He was speaking less than a week after the Dutch referendum on the EU-Ukraine association agreement which proposed the development of a free trade zone. The result — which effectively was a vote of confidence in the EU — was that a clear majority (61 percent) against the accord. 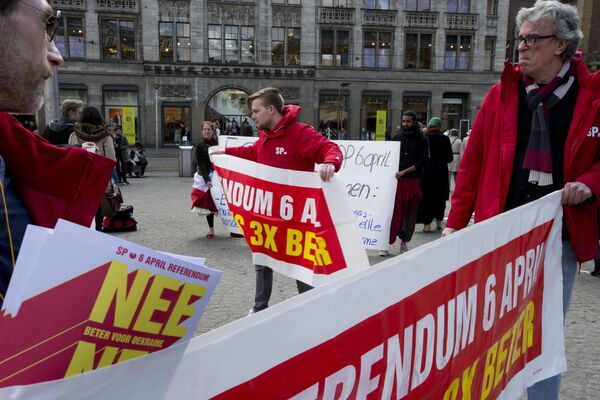 Meanwhile, in the UK, Prime Minister David Cameron is campaigning for Britain to remain within the EU, ahead of an In-Out referendum he was forced to call — on June 23 — because of deep divisions over Europe within his own party and a huge rise in Euroskepticism in the country as a whole.

The EU is struggling to keep itself together amid the migrant crisis and problems within the Eurozone. The failure to tackle the migrant crisis has plunged the EU into disarray, with the Schengen borderless Europe zone falling apart and severe criticism of the EU-Turkey migrant deal. 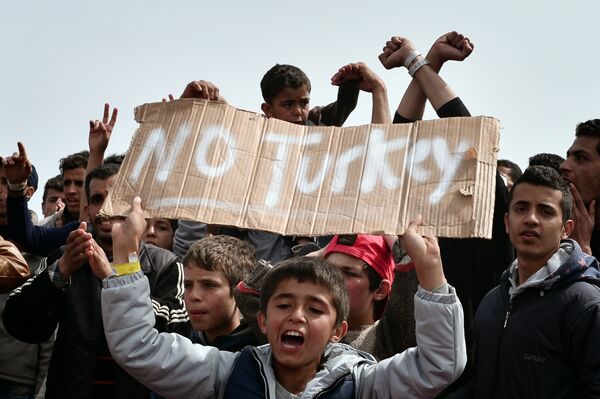 Refugees and migrants including children who left the Chios registration camp, shout slogans and hold placards reading "'No Turkey" during a protest on April 3, 2016 as they camp out in the port of Chios.
© AFP 2022 / Louisa Gouliamaki

German Chancellor Angela Merkel caused chaos as she declared Germany's doors open to refugees in the summer of 2015, precipitating the biggest mass movement of people since the Second World War.

An agreement to resettle 160,000 migrants from Greece and Italy to other EU member states has — so far — only relocated fewer than 1,000. Meanwhile, the agreement to move "irregular migrants" from Greece back to Turkey in a one-for-one swap for Syrian refugees to be relocated to Europe has attracted deep criticism from many NGOs and the UN refugee agency UNHCR. 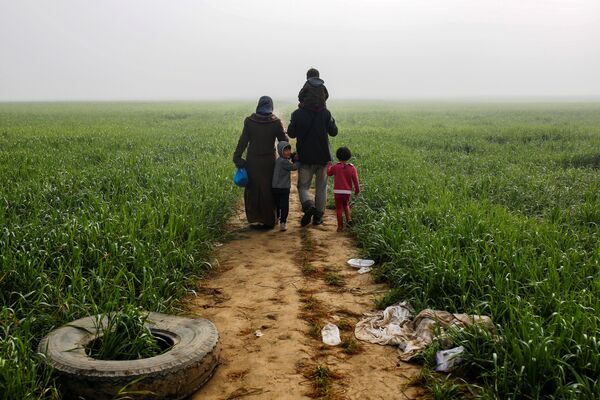 A family walks through a field at a makeshift camp for migrants and refugees at the Greek-Macedonian border near the village of Idomeni, Greece, April 4, 2016.
© REUTERS / Marko Djurica

In the Eurozone, there is also conflict between the International Monetary Fund and the EU over the third Greek bailout, which the IMF says is "unsustainable." Greece has been forced to introduce a new tax regime, cut public sector spending and revise its pension system, in a move that has caused severe pain for many of its citizens.

Greece Takes One-Week Pause With Lenders for IMF Spring Meetings
The IMF has not backed the bailout, saying that Greece needs to be given debt relief — a write-off of its debt — in order to get its economy back on track.

Meanwhile, there is pressure from France to create a Eurozone parliament, with its own fiscal policies to strengthen the single currency, in what many see as the development of a two-speed Europe. Many argue that — in order to have a common currency — the member states need to share common fiscal policies, which inevitably means a mini-EU within the EU.