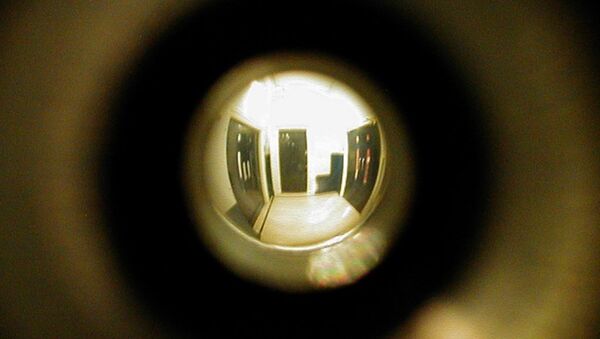 © Flickr / Vince Pooley
Subscribe
A Peeping Tom and motel owner who spent decades secretly watching his guests have sex has “seen enough.” Now, he’s the subject of an article in The New Yorker and a new book.

Gerald Foss opened the Manor House Motel in Aurora, Colorado, in 1966 with one goal in mind. He wanted to spy on strangers having sex. So, he made sure there was enough space above the rooms to install fake vents. Through those openings, Foss spent decades watching others go at it.

​Sometimes, he wasn’t alone. His wife was right there with him. At times, they even had sex above the guests.

On one occasion, Foss peeped in with journalist Gay Talese.

Foss began opening up to the reporter about his covert operations in 1980. Today, Foss plays the center role in Talese’s new book and his article “The Voyeur’s Motel,” which is featured in this week’s issue of The New Yorker.

I remember driving by the Manor House. Have to admit, it seemed exactly like the kind of place described herein… https://t.co/8MGBGvlcAV

​For more than a decade, Foss exposed his steamy Intel. to Talese. He even handed him journals filled with hundreds of pages in which Foss described how much he enjoyed watching his guests, especially young attractive ones, have sex.

Foss even told Talese that he saw a drug dealer strangle his girlfriend after he went into his room to flush his product down the toilet. Foss tired but couldn’t turn up any news on the alleged murder in 1977.

https://t.co/KaKDUUuCiK “The Voyeur’s Motel,”..In a crawl space, in the eves of the Manor House Motel.. #journalism #GayTalese @NewYorker

​“The question is, did he make up the murder,” he wrote. “But why would he? If he gets into trouble with the law, it would be associated with the murder.”

However, it seems legal trouble is behind Foss.

A spokeswoman for the Denver District Attorney’s Office told the local paper that the statute of limitations had passed for Foss’s crimes of peeping.

Those crimes apparently came to an end in 1995 when he sold the property. He kept it through his first wife’s death. His second one tagged along on the peeping too.

Foss told Talese he had become dissatisfied after watching loads of couples fight, have unsatisfying sex, or simply watch TV.

Foss could no longer capture the magic he experienced when it all began, as a young boy spying on his aunt.

000000
Popular comments
Creepy, and with today's technology the peeping can be done far away from the scene. Shoot, nowadays, this dude and his lady could've simply joined a swingers club or used the internet for all their freaky needs. Think I'll shower in the dark if I'm in a hotel after reading this...creepy!