HRW Calls on World to Maintain Control Over 'Killer Robots' 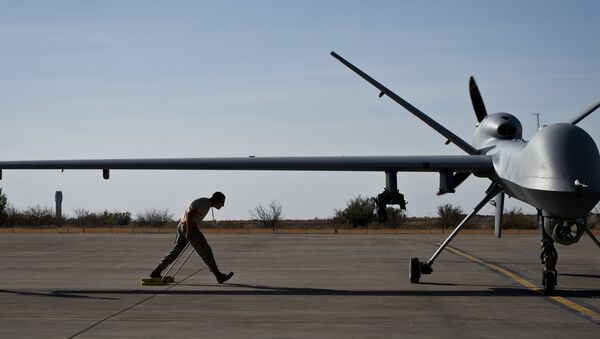 Human Rights Watch urged the world to maintain control over the killer robot technology - before the technology "advances too far".

MOSCOW (Sputnik) – Mankind should preserve control of an autonomous weaponized technology capable of identifying and attacking targets, known as killer robots, a human rights group said ahead of a UN Convention on Certain Conventional Weapons (CCW) meeting opening in Geneva on Monday.

"Humans should retain control of weapons systems and individual attacks, not only of overall operations… Mandating human control would help avoid threats to the fundamental moral principles over the decision to use force," Human Rights Watch senior arms division researcher Bonnie Docherty said.

Docherty warned of a "real threat that humans would relinquish their control" and entrust machines with "life-and-death decisions."

​"Countries should not only dedicate more time to considering concerns about killer robots but also commit to pursue a timely and tangible outcome," she added, calling for policy and legislative measures "before the technology advances too far."

Technologically advanced militaries across the world have made strides in recent years toward artificial intelligence and developing machines capable of deep learning.

Expansion of Drone Warfare and Killer Robots Could Lead to 'New Arms Race'
The US Department of Defense has requested between $12 billion and $15 billion in its 2017 budget to fund further research and development in artificial intelligence and deep learning machines, which would be capable to write their own code.

In response to developments toward autonomous vehicles capable of eliminating targets in war without human intervention, the United Nations initiated the Campaign to Stop Killer Robots, which convened two meetings over the past two years.

Human Rights Watch plans to distribute its report authored jointly with the Harvard Law School International Human Rights Clinic on killer robots at the UN meeting of experts on lethal autonomous weapons in Geneva this week.