Iraqis Don't See Washington as 'Being Serious' About Defeating Daesh 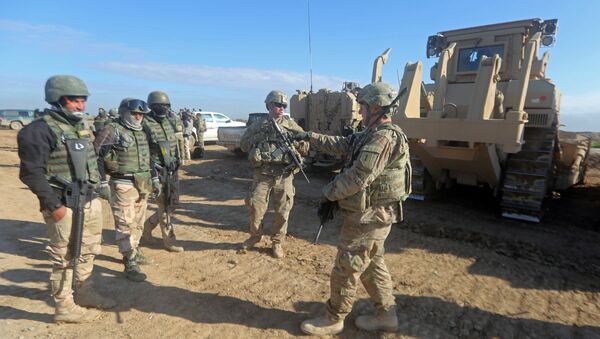 © AFP 2021 / AHMAD AL-RUBAYE
Subscribe
A recent poll conducted by the US State Department shows that nearly a third of Iraqis believe that Washington supports terrorism in general or Daesh in particular, while approximately 40 percent think that the US is trying to "destabilize Iraq." These findings are hardly surprising, political analyst Hiwa Osman told Radio Sputnik.

It all comes down to priorities and the message. The US, according to, the former advisor to Iraqi President Jalal Talabani, has failed to properly address both of these issues. Washington has chosen an incorrect strategy that focuses on a limited military response to Daesh and has failed to craft a correct message explaining its campaign to the Iraqis.

The US has not focused on "creating political stability in the country or forging a new political path" following the 2003 invasion of Iraq, he explained. Washington has also failed to "come up with a proper alternative" to the Saddam regime after destroying it.

Instead, US leadership chose to engage with what Osman described as "the government of the day," often viewed by ordinary people as sectarian and not representative of all communities living in the country. In addition, the US-led anti-Daesh campaign has been conducted in a way that does not address core issues.

As a result, Washington's counterterrorism efforts have been seen "as America not being very serious" about degrading and destroying Daesh. It is hardly surprising then that the US image among Iraqis fell from 38 percent favorable in December 2014 to 18 percent in August 2015, a State Department inspector general report has shown.

Strange Bedfellows: Have Washington, Tehran Teamed Up in Iraq?
US State Secretary John Kerry visited Iraq earlier this week in what could be seen as an attempt to improve Washington's tarnished image in the country. Kerry hailed Iraqi Prime Minister Haider al-Abadi for his efforts to create a strong representative government, but critics point to the fact that the reshuffle is unlikely to take place and Iraq will continue to be plagued by instability.

Osman also offered Washington's relations with Turkey as an example of sending the Iraqis a wrong message when it comes to dealing with Daesh. On the one hand, Washington claims that it is determined to tackle Daesh. On the other, the US views Ankara as one of its key allies in the region and does not try to pressure Erdogan to stop supporting radicals, the analyst added. 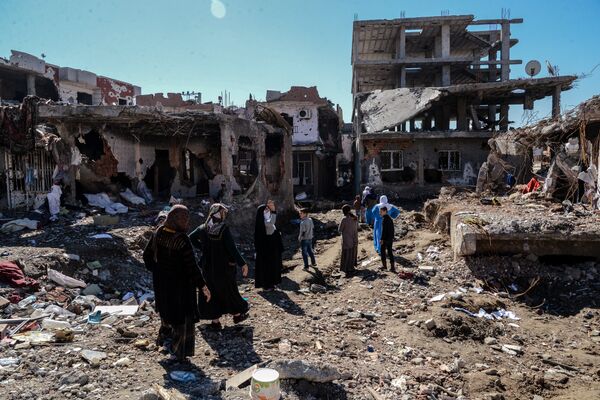 Woman walk next to ruined houses and shops on March 8, 2016 during International Women's day in Cizre district. Residents of Cizre in southeastern Turkey began returning home Wednesday after authorities partially lifted a curfew in place since December for a controversial operation against Kurdish rebels which left many homes destroyed.
© AFP 2021

Moreover, Washington, according to Osman, is "turning a blind eye" on Turkey's crackdown on the Kurds, who are one of the few ground forces capable of fighting against Daesh.

Nevertheless, "international involvement is needed," he emphasized. "Iraq needs everybody, not just Washington. Iraq needs Moscow and Washington to be blunt." The exact nature of the engagement also matters. "If Washington's involvement is only for domestic American consumption, no, this is not needed," the analyst noted.

This engagement, he explained, needs to not only have a strong military component, but also a political one.

"The Sunni Arab population of the country felt marginalized and oppressed by the Shia-led government," he noted. The Iraqi government has to secure their support if it truly wants to eradicate Daesh. "So far there has not been a serious attempt to bring" the Sunnis on board against Daesh, he observed.