Erdogan's Folly: Billions for a Palace 30 Times Bigger Than the White House 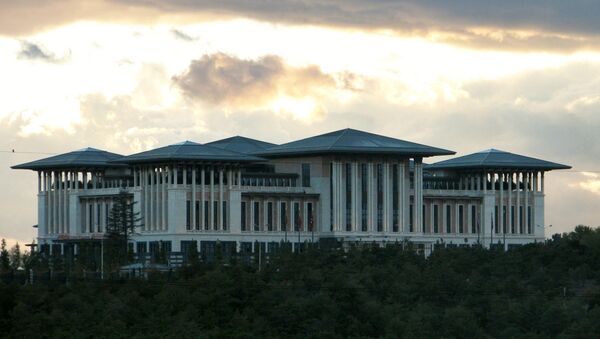 Turkey’s government has put yet another $230 million for construction of more buildings next to the presidential complex, which is already 30 times larger than the White House; however architect Tezcan Karakuş Candan is convinced that the final bill for the construction, which has already been ruled illegal, will cost the taxpayers a lot more.

“The cost of constructing additional utility buildings next to the presidential complex will go over the announced 650 million Turkish lira (almost $230 million)” Candan, head of the Ankara branch of the Chamber of Architects, told Sputnik Turkey.

​The architect said that the construction is slated to take place on the Ataturk Forest Farm in Ankara's Beştepe neighborhood, which is a conservation area which has strict rules prohibiting new buildings like this.

Candan said that the utility buildings, which are set to be completed by 2019, are planned to cover a territory of 322,000 sq. meters, which is almost the same as the territory of the entire presidential complex. 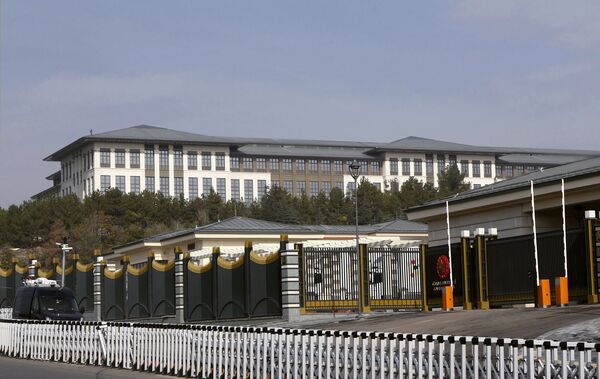 “There is no need for construction on this scale,” she told Sputnik Turkey.

“The presidential residence is not being used to its full capacity. We have stressed more than once that the construction of a presidential palace of such scale and size is simply not justified by the governing model of the Turkish Republic,” she added.

“The construction of the palace was undertaken despite a heated debate over the change to a presidential form of governing and this residence was completed as the embodiment of the new system of rule in the country.”

The architect also recalled that when the presidential complex project was still under development, it was set to cover the 280,000 sq. meters with a total budget of 600 million Turkish lira ($210 mln). 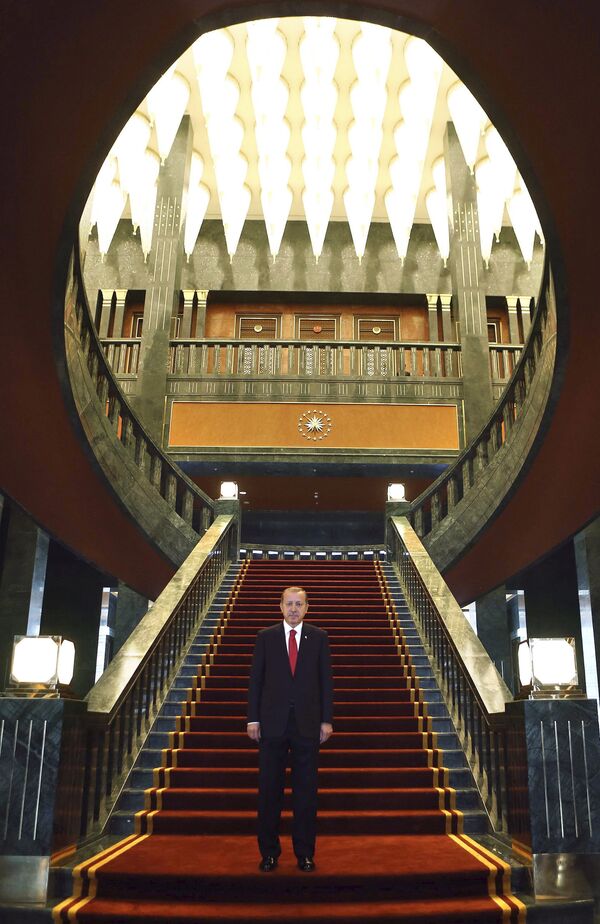 However, taking into account the overall project including all the construction stages, external and internal design, decoration and development of the adjacent territories, the total cost of the project has reached 20 billion Turkish lira ($7 billion).

The architect also stated that the territory of Ataturk Forest Farm is a conservation site and protected area, which was donated by Mustafa Kemal Ataturk, founder of the Turkish Republic, to the Turkish people in 1937.

Just saw #Erdogan 's palace. It's not really that impressive.But the amount of land the complex occupies is insane pic.twitter.com/6acMMSoKDG

​Any construction on the ground is prohibited. The land, where the Forest Farm is located, was bought by Ataturk back in 1925 with his own money and was then turned into a forest farm. This territory is a Turkish national heritage site which preserves the memory of the founder of the Turkish Republic.

“The construction of the residence on this land is in violation of the rights of the whole Turkish nation,” the architect stated.

The Center of Much Controversy

The 1,150-room mega-palace, which is said to be 30 times larger than the White House and four times the size of France's Palace of Versailles, has already been the center of much controversy due to its location and huge price tag.

In 2015, the Ankara 5th Administrative Court ordered to halt its construction as the Forest Farm is a protected zone and to annul the Ankara Metropolitan Municipality's master development plan.

​The Presidential Office later denied the chamber’s claims, saying the court ruling was not relevant to the presidential palace.

For this reason, the palace is widely claimed to have been built illegally.

In March 2014, the Ankara 11th Administrative Court ruled for an injunction on the same master plan while the construction work for the presidential palace was still ongoing.

​The term “Kaç'Ak Saray,” which calls to mind the Turkish word “kaçak,” meaning illegal, was first coined after that decision.

Commenting on the court's injunction, then-Prime Minister Recep Tayyip Erdogan, who shortly afterwards became the president, was quoted as saying, “If they have the power, let them destroy it.”

Erdogan further challenged the court's decision, saying regardless of the ruling, the construction would not stop.

“I will open it and sit inside it,” Erdogan added.

​When the presidential palace was opened in spite of the court ruling, Candan took the issue, alongside some other branches of the Turkish Union of Engineers and Architects' Chambers (TMMOB), to the European Court of Human Rights (ECtHR).

In February 2016, the ECtHR accepted the indictment over the unimplemented court ruling.

The head of the Ankara branch of the Chamber of Architects has said all the major materials used in building the presidential palace are imported, a statement in sharp contrast to the emphasis from Turkey's rulers on the palace being “national.”

​“The roof system came from Germany. Green marble was purchased from India. All the materials in the palace were made in France, England and Italy. The trees were purchased from Italy and the Netherlands,” Candan said.

Inside the palace, a majestic hallway leads up to a sweeping staircase. The quixotic architectural style seems to cross the Ottoman and Seljuk traditions with that of a modern Chinese railway station.

The bathrooms have silk wallpaper and though not “gold-plated,” as the opposition claimed earlier, as it turns out, they are nearly worth their weight in gold, their price ranging between $1,750 – $3,500.

The actual number of rooms in the building remains a mystery. In the wake of some intense public debates, Erdogan announced that the palace had some “1,150 or so” rooms.

​The Chamber of Architects, however, after examining the plans of the structure, announced that based on technical calculations of their own, it appeared that there were at least 2,000 rooms in the part of the building visible to the eye alone.

The single and double doors throughout the palace are also notable for their extreme cost. The double doors are some 3.40 meters high and 2 meters wide and there are 170 of these in the palace.

​The reports suggest there are also 450 single doors throughout the palace, each one costing around over $1,000. The cost for all the palace doors combined is estimated at over $34 mln.

The whole edifice is surrounded by a forested park. The total cost of all the imported trees, grass, decorative pools and other garden decor and various plants is estimated to be $874 mln.