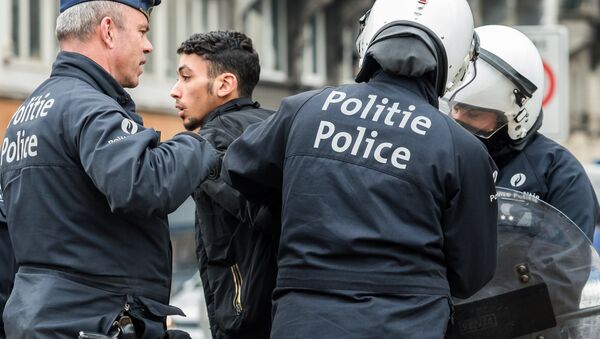 “Investigators do not exclude the hypothetical theory that the terrorist experimented with a method that would allow him to receive bacillus, bacteria, or a virus that is a carrier of diseases such as botulism or listerias, or more precisely tetanus, typhoid fever, and cholera,” the newspaper reported.

According to the publication’s information, when Amerud was detained, his backpack was confiscated, in which a plastic bag was found filled with animal sperm dissolved in feces.

Two blasts ripped through the departures hall of Brussels' Zaventem international airport on March 22. Another explosion went off at the Maelbeek metro station near the headquaters of the European Union institutions.

Ibrahim Bakraoui and another attacker, Najim Laachraoui, detonated their explosives in the airport, while Khalid Bakraoui carried out the attack at the Maelbeek station.