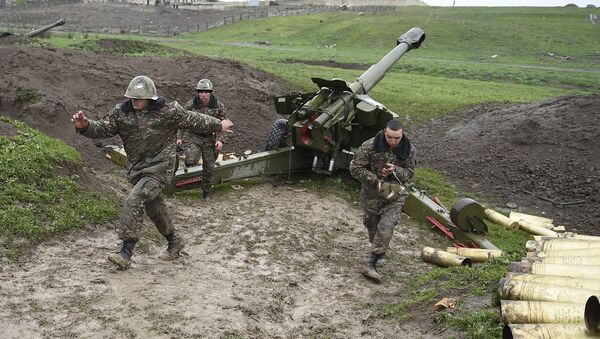 "In the early hours of Friday, the enemy fired toward military units in the regions of Tavush and Gegharkunik [in northeastern Armenia], as well as villages. In particular, shots were fired from a 120-mm cannon and an SPG-9 at the villages of Karmir, Ttujur, and Baghanis. Fortunately, no one was injured,” Defense Ministry spokesman Artsrun Hovhannisyan said on his Facebook page.

On Tuesday, Azerbaijan and Armenia agreed on an immediate ceasefire, but have since accused each other of multiple violations.