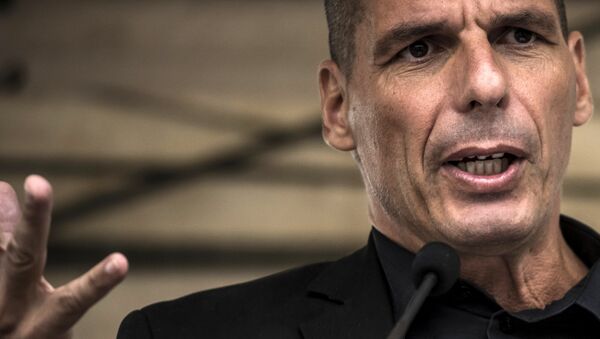 Yanis Varoufakis said that Brexit would make the whole EU edifice crumble and fall into the hands of right-wingers and xenophobes in a scenario he described as the "postmodern 1930s."

At an event in North London on Wednesday, the former Greek finance minister spoke against the UK leaving Europe, advocating for democratic reform of EU institutions instead.

In a talk with British columnist and activist Owen Jones, Varoufakis predicted that all Brexit would accomplish was "enabling Boris Johnson to be Prime Minister," and that rather than regaining its sovereignty, a non-EU UK would risk losing it to the Americans.

"Many Euroskeptics say that an alternative to the European Union is getting closer to the United States and to China. The United States would only allow Britain to get closer if it surrendered any bit of sovereignty to US multinational companies."

He added that Britain's sovereignty would be further eroded by the joint action of the upcoming transatlantic trade treaty TTIP, and by a probable commercial deal with the EU, in which the UK would have less influence than it has right now to shape decisions taken in Brussels.

Far from defending the EU leadership — which he accused of organizing a "coup d'etat, a putsch" against the Greek government in 2015 to force it to accept a strangulating bailout deal — Varoufakis said that:

"…the EU sucks but there's no alternative other than trying to civilize it."

He spoke strongly about his brief stint at the economic helm of Greece, and about the constant struggles he had with the so-called "European Troika" — the European Commission, the European Central Bank (ECB) and the International Monetary Fund (IMF) — as the country prepared to receive another bailout.

@yanisvaroufakis I wish the world was listening. People of Europe, we need a revolution — political and societal.

He said that the attempts made by him and Greek PM Alexis Tsipras to renegotiate less humiliating conditions for the payment were foiled for the sole purpose of avoiding "political contagion."

"They feared that if we succeeded to renegotiate the repayment with the Troika, the Irish, the Spaniards, the Italians, the French would do the same. The creditors didn't really want their money back, but prevented Greece from inspiring other countries to do the same."

Since leaving his country's government in July 2015 over disagreements with Tsipras, the Greek academic and "rockstar economist" has become an icon for opposition to Brussels-imposed austerity measures. Last February, he was among the founders of Diem25, a movement of intellectuals and citizens calling for more democracy in EU decision-making. 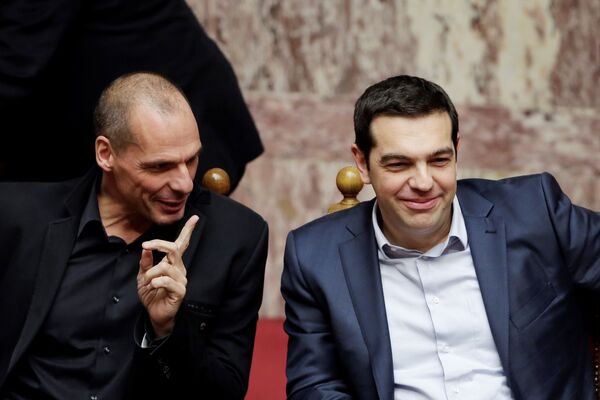 When pressured by Jones, Varoufakis, who collaborates with the UK Labour party leadership, did not rule out running for Greece's prime minister in the future.