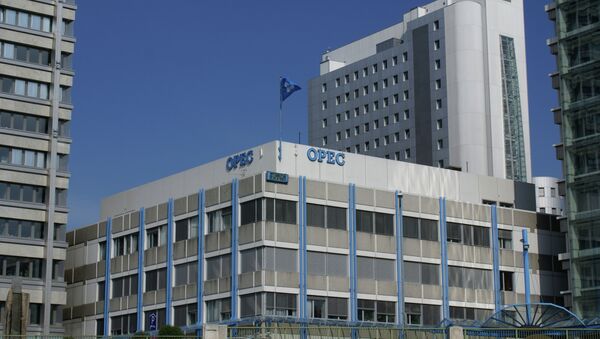 Kazakhstan has received an invitation to take part in the April meeting of the OPEC countries, the press service of the country’s Energy Ministry said Thursday.

ASTANA (Sputnik) – On March 10, then-Kazakh Energy Minister Vladimir Shkolnik said his country was ready to take part in the meeting if the invitation was sent.

"The invitation has recently been received by Kazakhstan. The issue of participation has not been decided upon so far," the press service told RIA Novosti in a phone conversation.

Why Major Exporters Maintain Oil Output Amid Dropping Prices
In February, the energy ministers of Saudi Arabia, Qatar, Venezuela, and Russia discussed the current oil market situation in Doha and agreed to freeze oil production at January levels if other countries followed suit, in a bid to keep the oil prices from falling any lower.

The deal is expected to be finalized on April 17 at the meeting of OPEC members and non-OPEC oil producers in the Qatari capital of Doha.