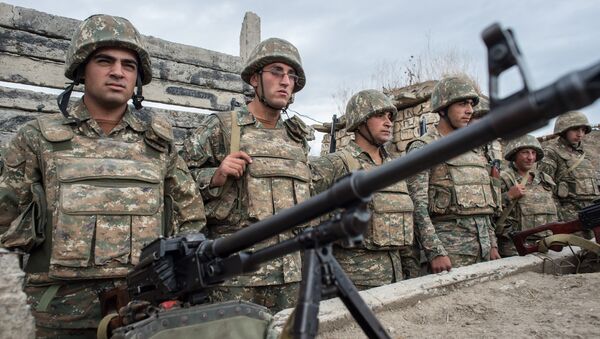 Ceasefire agreement in Karabakh was reached during the meeting between heads of Armenian, Azerbaijaini general staff.

The ceasefire deal in the breakaway region of Nagorno-Karabakh was reached during a meeting between the heads of the Armenian and Azerbaijani General Staff in Moscow on April 5, Armenian Defense Minister Seyran Ohanyan said Wednesday.

"The agreement on the ceasefire was reached in the course of the April 5 meeting in Moscow between the Armenian and Azerbaijani Chiefs of Staff," Ohanyan said.