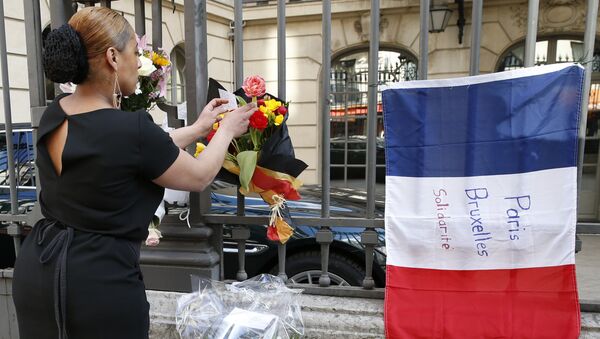 BERLIN (Sputnik) — Germany, as well as France should be prepared to carry out military missions outside Europe in order to counter terrorism, French President Francois Hollande said Wednesday.

"I thank Germany for the military assistance it has provided us in both Mali and Syria. I know that it was a difficult decision, because to a certain extent it meant the evolution of [German] policy. But I would better speak about the next fact: both of our countries should be ready to make efforts within the framework of our defense budgets, including for the missions outside Europe," Hollande said in an interview with the German Bild newspaper.

Illicit EU Drug Trade Funds Terrorism, Migrant Smuggling
He added that a country should not count on another power in countering terrorism.

European countries have increased their counterterrorism efforts following a number of terrorist attacks, such as the multiple blasts in Brussels on March 22 and the series of attacks in Paris on November 13. Both France and Germany are the members of the US-led international coalition of some 60 nations fighting against terrorists in both Syria and Iraq.

Germany is also engaged in an EU training mission in the south of Mali with around 150 soldiers, however its number will be increased up to 650 following the January parliament decision. Currently, there are about 4,000 French soldiers deployed in the African country.