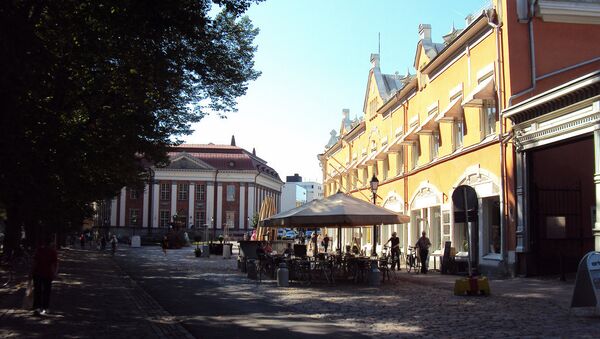 Refugees in Finland are faced with an unexpected problem. The bureaucratic obstacles, which mirror those described in Joseph Heller's classic "Catch-22", may actually be a tough nut to crack.

Startup Refugees: Migration Brain Gain Could Be Economic Winner for Finland
Turku's newspaper Turun Sanomat has recently shed light upon a problem that has long troubled new arrivals in Finland: it's hard to get a job without a valid Finnish bank account, yet most Finnish banks wouldn't open a bank account for the unemployed.

According to the newspaper, this poses an extra problem for asylum seekers, as all passports must be handed in to the Migration Board together with a valid asylum application, which makes opening a bank account in Finland virtually impossible. In theory, according to Finnish laws, a refugee may start working three months after his or her arrival in the country. In practice, however, most companies will not employ a person without a bank account.

Previously, the Migration Board has called on the country's big employers to show some flexibility in order to ease the pressure. At present, the board is experimenting with handing out prepaid cards to refugees in Helsinki. Authorities are reported to be pondering opportunities to extend the current system of payment cards, through which asylum seekers now receive their monthly allowance.

Finland Delighted That Asylum Seekers Have 'At Least' Basic Education
Finland's Interior Ministry has reportedly been developing a system of bank cards for asylum seekers for over five years, albeit with no visible end to the process. The major problem is that asylum seekers seldom are in possession of the whole package of documents required by the Finnish law.

Meanwhile, refugees looking for work are still waiting for a solution to this nasty red tape problem. According to Turun Sanomat's estimates, only ten out of the city of Turku's roughly 600 asylum seekers are currently employed in any way; they have their wages transferred to their relative's or friends' accounts.

Last year, Finland took in over 32,000 refugees, mostly from the Middle East and northern Africa.