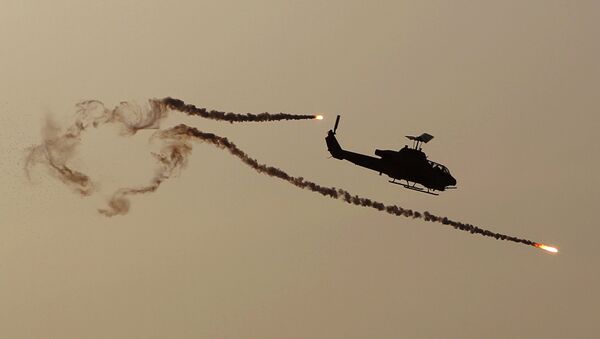 US Approves $80Mln Sale of Bell Helicopters to Argentina
WASHINGTON (Sputnik) — Bell Helicopter has won a US Navy contract to manufacture nine AH-1Z Viper combat helicopters for Pakistan under the foreign military sales program, the US Department of Defense announced.

"Bell Helicopter Textron Inc., Fort Worth, Texas, is being awarded $170.1 million… contract for the manufacture and delivery of nine AH-1Z aircraft… for the government of Pakistan," the announcement stated on Monday.

The Bell AH-1Z Viper is a twin-engine attack helicopter based on the previous AH-1W SuperCobra model that was developed for the United States Marine Corps. The Viper has a top speed of 255 miles per hour (420 km/h) and a range of 426 miles (610 km).

In April 2015, the US Department of State approved the possible sale to Pakistan for 15 AH-1Z Vipers with Hellfire missiles and support worth up to $952 million.

Bell is also interested in selling the AH-1Z to Poland and the Czech Republic to replace their old Soviet-built Mi-24 helicopters.