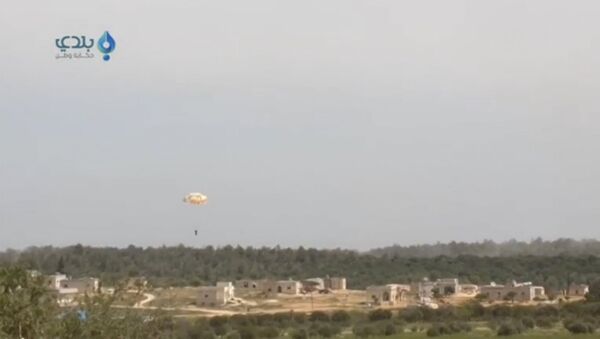 Militants have downed a Syrian Air Force warplane to the south of Aleppo, according to the source.

A representative of the command of the Syrian Armed Forces confirmed to RIA Novosti that a Su-22 warplane had been downed in Aleppo.

"The Syrian Air Force plane was shot down by militants in the Aleppo province during a combat mission. At the moment, we are trying to find out the fate of the pilot," the Syrian military told RIA Novosti.

According to state TV, the pilot of the Su-22 pilot ejected. According to local TV, the warplane, which was believed to be on a reconnaissance mission, was shot down by a surface-to-air missile.

Reuters cited a watchdog and a Syrian rebel source as saying that the pilot of the Su-22 was captured by al-Nusra Front terrorists.

"Militants have downed a warplane, which had been on a combat duty in the province of Aleppo. It was based at the Shairat airbase," a source told RIA Novosti earlier in the day.

The Russian Defense Ministry said that aircraft of the Russian air group in Syria have not been carrying out operations in the area, where a fighter jet had been downed.

Assad Says Syria Ceasefire Can Be Assessed as 'Better Than Good'
A ceasefire regime in Syria backed by Russia and the United States came into force on February 27. It was supported by Damascus, as well as by dozens of opposition groups on the ground. Daesh and al-Nusra Front terror groups are not part of the deal.

On Saturday, the Russian reconciliation center stated that al-Nusra Front terrorist group has gained control over groups opposing the Syrian government in several districts of the Aleppo province.

Aleppo, the largest city in Syria, was attacked by Daesh and al-Nusra Front terrorist groups in 2012. Since then, Syrian government forces have been fighting for the city.