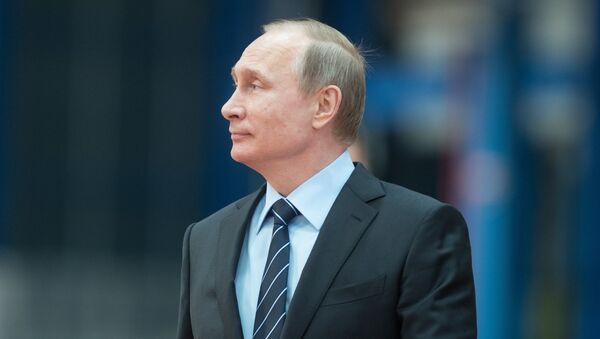 Dozens of high-profile politicians, including current world leaders, have been directly linked to the biggest data leak in history, but mainstream media has focused on the person who was not mentioned in the Mossack Fonseca documents at all – Russian President Vladimir Putin, causing a social media firestorm.

Putin's name was splashed all over the headlines as details on more than 11.5 million secret files covering Mossack Fonseca's four decades of operation started to emerge. Kremlin spokesman Dmitry Peskov referred to the coverage as "Putinophobia" that has become so severe that it is "practically impossible to speak well of Russia or any type of actions Russia does, or any success Russia enjoys."

World leaders actually named in the #PanamaPapers but Putin, who is NOT named, is used by all media covering story? pic.twitter.com/nthb26QtTE

​"World leaders actually named in the #PanamaPapers but Putin, who is NOT named, is used by all media covering story?" Stacy Herbert asked on Twitter, referring to Saudi King Salman, Ukrainian President Petro Poroshenko, the current president of Argentina Mauricio Macri among others.

"Pictures of President Putin could be found on the front pages of highly-respected news publications around the globe. The Guardian and the Mail Online were both at it, despite the fact that in the 11.5 million documents that were published; Putin's name was not mentioned once," Jose Alvarez observed, commenting on a CNN story on the Panama Papers.

The story exposing how the rich and powerful hide their wealth broke on Sunday.

Immediate reaction of Western media was to place blame on #Assad and #Putin. But neither had offshore accounts in the leak. #PanamaPapers

I'm not saying #Putin isn't guilty of any wrongdoing, I'm just pointing out the framing of the #PanamaPapers suggests a clear media bias.

​"Immediate reaction of Western media was to place blame on #Assad and #Putin. But neither had offshore accounts in the leak. #PanamaPapers," Jason Lemon tweeted. "I'm not saying #Putin isn't guilty of any wrongdoing, I'm just pointing out the framing of the #PanamaPapers suggests a clear media bias."

Twitter user Varyagi echoed the sentiment, by saying "That's a fine picture of #Putin, but he is NOT among the world leaders #PanamaPapers exposes. Try again?"

Specific issues: there is no mention of #Putin in #PanamaPapers; this project is funded by Soros & Co. @svein3 pic.twitter.com/5L7cOSCwuq

strange. everyone,,incl #panorama, zooming in on #putin for misdeeds revealed in #panamapapers, but his is one of few names NOT mentioned

So, #Putin is the real evil per #panamapapers… Naaice try…

​UK users have been baffled by the fact that mainstream media outlets focused their attention on Putin, but tried to downplay the fact that David Cameron's father was a client of the Panama-based law firm that helped its clients launder money and avoid taxes.

@Independent So WHO ARE THEY? How come Iceland PM & #Putin (who is not accused) have been named but no UK officials named? #panamapapers

​"How did the BBC and The Guardian miss the fact that Cameron's father and other Tory top figures are implicated in the leak?" Thando Thembani Mogale asked, commenting on the Guardian's Facebook page.

"Of all the people implicated in this that are of interest to the British people and the BBC (Blatantly Buggering children) do a full report on some Russians," Dave Davis observed on Facebook. "Go on, mention someone British & drop them right in it, make Jimmy Saville turn in his grave."

​Twitter user Varyagi offers his take on why the media coverage has been biased.

For all those who wondered why #Putin is the main focus of every western newsagency after #PanamaPapers; the answer: pic.twitter.com/nwp9ZkNSgg