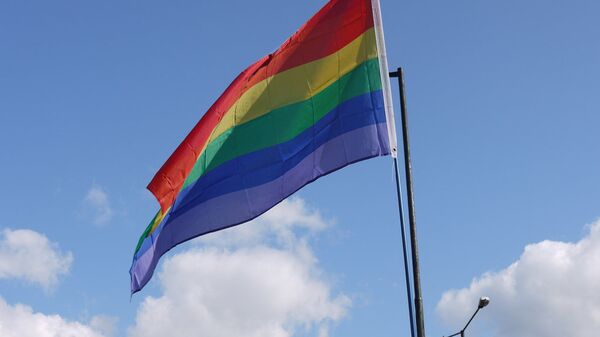 North Carolina State Government Makes Discrimination Mandatory
On Tuesday, Mississippi Governor Phil Bryant, a Republican, signed House Bill 1523 into law, allowing churches, charities, and businesses to refuse service to members of the gay and transgender communities under the guise of “religious freedom.” It also allows government employees to opt out of serving people.

“This is a sad day for the state of Mississippi and for the thousands of Mississippians who can now be turned away from businesses, refused marriage licenses, or denied housing, essential services and needed care based on who they are,” the American Civil Liberties Union wrote in a statement. “This bill flies in the face of the basic American principles of fairness, justice and equality and will not protect anyone’s religious liberty. Far from protecting anyone from ‘government discrimination’ as the bill claims, it is an attack on the citizens of our state, and it will serve as the Magnolia State’s badge of shame.”

Meanwhile, the state of North Carolina has lost more future jobs in response to its controversial “bathroom bill,” which prevents cities from creating non-discrimination laws based on gender identity. So far, over 100 companies have joined in a boycott of providing jobs in the state, and PayPal has just joined their ranks.

Two Radical Mormon Polygamous Towns Found Guilty of Discrimination
PayPal had previously intended to open a global operations center in Charlotte, providing the state with 400 new jobs, but that plan has now been scrapped in protest.

"Becoming an employer in North Carolina, where members of our teams will not have equal rights under the law, is simply untenable," PayPal CEO Dan Schulman said in a statement. "The new law perpetuates discrimination and it violates the values and principles that are at the core of PayPal's mission and culture.”

PayPal has a 100% rating from the Human Rights Campaign, as of their 2016 Corporate Equality Index, a survey that grades workplace equality.

"We will stand firm in our commitment to equality and inclusion and our conviction that we can make a difference by living and acting on our values," Schulman said. "It's the right thing to do for our employees, our customers, and our communities."

Schulman announced Tuesday that the company is seeking an alternative location for their business, and governors across the US are vying for the privilege, including Governor Peter Shumlin of Vermont.

The North Carolina bill has also led to bans on official travel to the state, including by New York Governor Andrew Cuomo.

“In New York, we believe that all people – regardless of their gender identity or sexual orientation – deserve the same rights and protections under the eyes of the law,” Cuomo said in a press release on Monday.

“From Stonewall to marriage equality, our state has been a beacon of hope and equality for the LGBT community, and we will not stand idly by as misguided legislation replicates the discrimination of the past. As long as there is a law in North Carolina that creates the grounds for discrimination against LGBT people, I am barring non-essential state travel to that state.”