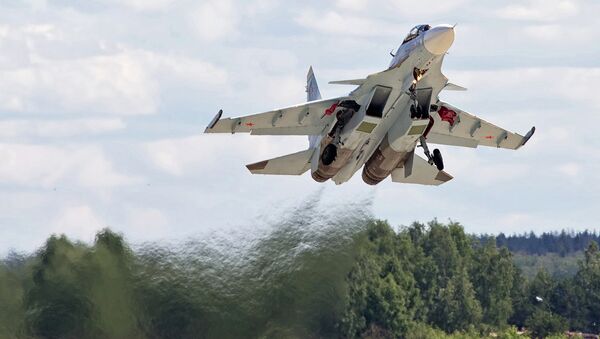 The Russian Defense Ministry has ordered over 30 Su-30SM jet fighters, after the aircraft successfully made its combat debut in the Syrian campaign. Pilots described it as an "exceptionally reliable" aircraft.

Russia to Replace All Su-24's With Su-30SM's in Black Sea Fleet by 2020
The Russian Aerospace Forces will receive over 30 new Su-30SM multirole jet fighters. The aircraft was used during the military operation in Syria to cover and support Russian bombers which carried out airstrikes on Daesh targets.

"According to the terms of the deal, over 30 Su-30SM multirole jets will be delivered to the Russian Aerospace Forces by the end of 2018," the ministry announced.

The sum of the contract has not been public. However, the ministry underscored that the deal is part of the 2016-2018 state arms procurement program.

Su-30SM 4++-generation super maneuverable jet fighters have been delivered to the Armed Forces since late-2012 and used by the Aerospace Forces and the Russian Navy. 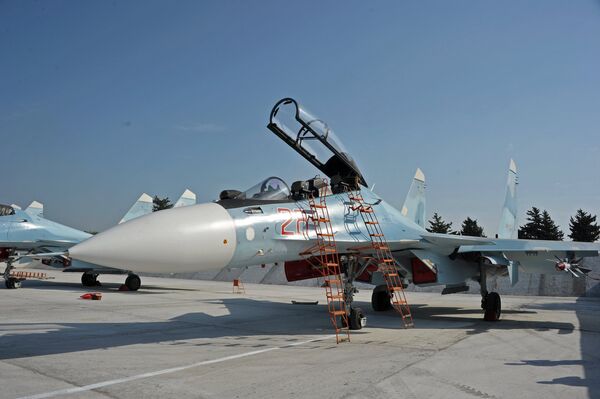 By 2020, they are expected to replace the ageing Su-24 bomber in the Naval Forces.

Russia, Iran to Sign Contract on Delivering Su-30SM Fighters in 2016
In September 2015, Yury Borisov said that the ministry was working out a three-year contract to deliver "20-25 Su-30SM jets a year." The contract was expected to be signed when the 2016 defense budget is settled. In March, Deputy Defense Minister Tatyana Shevtsova said that the budget would be cut by five percent but the cuts would not affect the delivery of new hardware to the armed forces.

Nevertheless, it seems that during talks the ministry and Irkut Corporation decreased the number of aircraft in the contract to 32.

The Su-30SM is a multirole super maneuverable jet fighter (SM stands for Series production/Modernized). It is the latest development of the Su-30MK type of combat aircraft. The jet was adapted for all needs of the Russian Aerospace Forces, including in terms of radio radar equipment, communication systems, identification, ejection system, and a number of support systems. 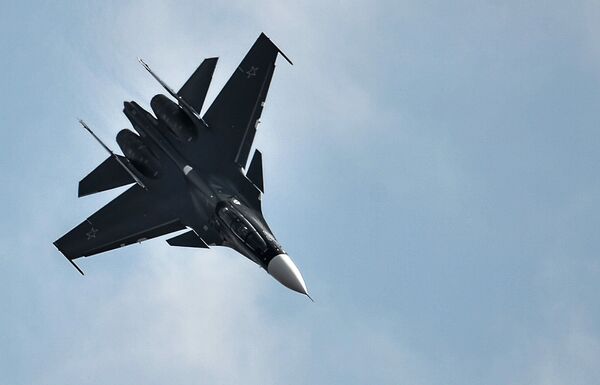 The Su-30SM went through a baptism by fire during the Russian air campaign in Syria. Several Su-30SM jets were involved in the operation.

"It is an exceptionally reliable aircraft. We faced no technical problem during flights," a source involved in the operation told Gazeta.ru.

The manufacturer does not provide official information on the Su-30SM flight and technical specifications because the "aircraft is delivered to the Russian Defense Ministry."

However, it is known that the jet is capable of carrying modern and advanced air-to-air and air-to-surface weapons.

The ministry noted that the maneuvering specs make the Su-30SM capable of performing new aerobatic maneuvers, including controlled spin and low-velocity horizontal flight with an elevation angle of 60 degrees.

The Su-30SM has upgraded combat capabilities, including acquiring and destroying targets. The potential of the aircraft is equal to the capabilities of two previous-generation jets.

"It can fly not only with positive and negative g-forces but also with lateral acceleration. This allows for new possibilities in maneuvers needed in aerial combat," Maj. Gen. Alexander Kharchevsky explained.

"The use of super maneuverable jets creates new combat tactics in the air," he added.

Russian Su-30SM Multirole Fighters to Master Intercepting Air Targets
According to open sources, the Su-30SM is equipped with Russian-made AL-31FP bypass turbojet engines. The aircraft can fly up to 3,000 km without refueling and additional fuel tanks.

The Su-30SM is not a rival for fifth-generation jets like the Russian T-50 (PAK FA) or American F-22 Raptor, due to the absence of advanced stealth technologies. 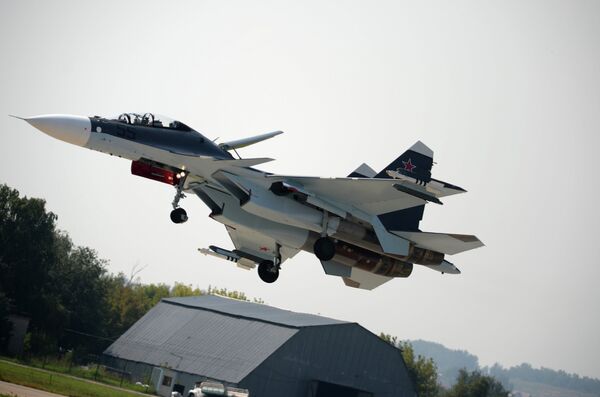 At the same time, it is not designed for being stealth because of its assigned combat tactics. The Su-30SM provides radio radar reconnaissance. It uses its radar to find aerial and surface targets and thus it can be easily detected by the enemy.

The Su-30SM can also be used for training pilots of advanced super maneuverable jet fighters.

Earlier, the Belarusian Defense Ministry said that by the end of 2020 Minsk will buy several Su-30SMs. In 2016, a contract to deliver Su-30SM jets to Iran may be signed in 2016, a source told RIA Novosti.