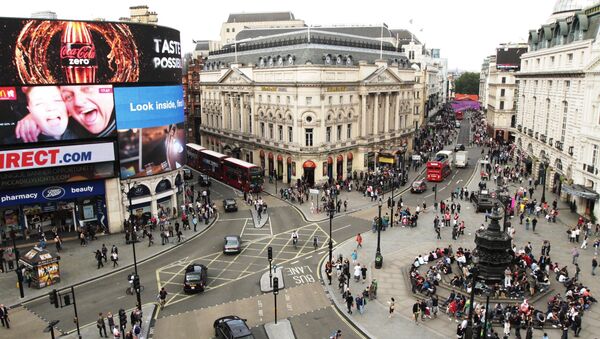 © REUTERS / Olivia Harris
Subscribe
A newly-released poll on Brexit shows that the 'Leave' camp in Britain is leading by a whopping 4 percent, with most people over the age of 35 determined to vote 'Out' during the EU referendum in June.

The latest online survey, conducted by Opinium Research for the Observer reveals that 43 percent of UK citizens favor Brexit compared with a 39 percent of pro-EU Britons.

The 'Remain' camp could potentially focus on the undecided 18 percent, who, when pressured, mostly said to be leaning towards staying in the EU.

While the UK's polling sector is currently going through a credibility crisis after all major pollsters failed to predict the outcome of last year's general election, the new survey certainly highlights an interesting generational divide.

Should I Stay or Should I Go Now? Clash of the Brexit Campaigners

Whereas British citizens in the 35-54 age range supported leaving the EU by 42 percent and those older than 55 were for Brexit by 54 percent, 53 percent of voters under 35 were opposed to leaving the EU.

This could be worrying for the 'Stronger In' campaign, as younger voter turnouts are notoriously low — only 43 percent of young voters took part in 2015 general election compared to over 80 percent of senior voters.

The age-related difference could be linked by the increasing preponderance the NHS (Britain's National Health Service) has been gaining in the Brexit debate.

Over the last few weeks, the 'Leave' camp has repeatedly made the point that permanence in the European Union would put extreme pressure on the country's healthcare system, and that it could lead to its ultimate collapse.

MUST WATCH: Vote Leave pretend to care about our NHS, but have previously called for patient charges & privatisation https://t.co/sRw1ATXWQ1

The argument has been harshly rebuked by health secretary Jeremy Hunt, and by senior Labour figures, who said the opposite was in fact true, since the service would receive less funding from the EU.

Still, the NHS could have further swayed older voters — on average, already lukewarm towards EU membership — in favor of Brexit. Older and more vulnerable people are generally more worried about their health, and the prospect of a crippled NHS will play a major role in how they decide to vote in June's referendum.

@natalieben yes, but a shame they're using this as an argument for Brexit. As if EU contributions would ever go to the NHS

Young people, on the contrary, are more likely to value the continent-wide freedom of movement the EU has provided them with, and their voice will be of critical importance to the 'In' campaign.