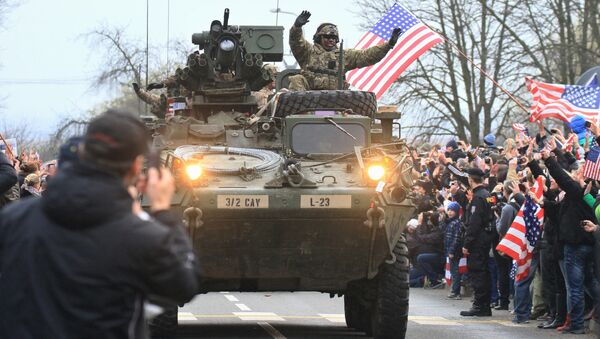 "NATO continues to maintain a constructive and cooperative relationship with Russia, including measures aimed at promoting trust and transparency. And obviously the alliance adheres to the NATO-Russia Founding Act. Neither the ongoing NATO activities nor the US’ plans are going to affect this stance," Chebli said.

She also remarked that it is the US-Russian cooperation that allowed to drastically speed up the process of peaceful conflict resolution in Syria.

"The Syrian dossier became a fine example of cooperation between Russia and the US. Without it we wouldn’t have been able to achieve success so quickly," she said.

The White House approved the 'broad contours' of the plan, designed to start in February 2017, when it signed off on the $3.4 billion European Reassurance Initiative budget last month, leaving the specifics to the Pentagon.