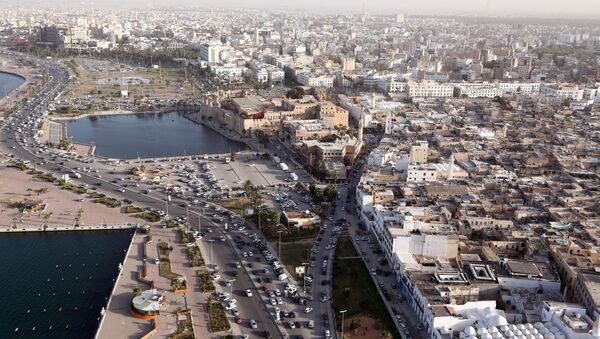 ROME (Sputnik) — Several members of the Libyan UN-backed Presidential Council, which is chaired by Sarraj, reportedly arrived in Tripoli by sea on Wednesday amid threats of arrest by competing factions. The Tripoli-based self-proclaimed General National Congress had threatened to close the capital's airspace to prevent the interim government members from arriving.

"As regards the current situation in the country's capital city, Serraj said that there have been no clashes although the situation remains volatile. Minister Gentiloni reiterated Italy's support to the government of national accord and to any action designed to expand and consolidate the consensus for it," Sarraj told Italian Foreign Minister Paolo Gentiloni in a phone conversation, as quoted in the Italian ministry's press release.

The Presidential Council is determined to press for dialogue, the prime minister said, adding that all parties must work to consolidate the Government of National Accord and stabilize the country, according to the statement.

In December, Libya’s rival governments — the internationally-recognized Council of Deputies based in Tobruk and the Tripoli-based General National Congress — agreed to create a Government of National Accord to end the political struggle.