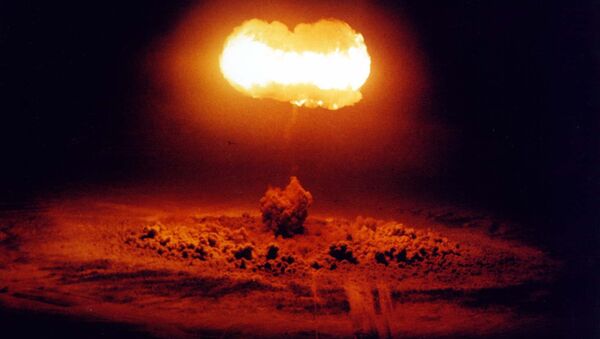 China’s nuclear deterrence strategy in the past has relied on patience, with a calm focus on long-term retaliation rather than immediate reprisal.

Under President Xi Jinping, that policy is about to change. Chinese military leaders are pursuing a new state of readiness which would keep the nation’s nuclear stockpile on ready alert, prepared to launch at the first sign of an incoming attack.

"When conditions are prepared and when necessary, we can, under conditions confirming the enemy has launched nuclear missiles against us, before the enemy nuclear warheads have reached their targets and effectively exploded, before they have caused us actual nuclear damage, quickly launch a nuclear missile retaliatory strike," military strategists said, according to Defense One.

By keeping its nuclear arsenal on a hair trigger, Beijing expects that it can ensure that the United States would be deterred from launching a first strike. Chinese nukes could be airborne as US missiles make their way across the Pacific, eliminating the possibility that US strikes could eliminate China’s nuclear stockpiles before Beijing had a chance to retaliate.

Critics argue that this policy heightens the risk of an accidental launch. Chinese strategists point out that the United States keeps 450 of its intercontinental ballistic missiles on high alert.

On Thursday, Richard Fisher of the International Assessment and Strategy Center in Washington said he expects Beijing to soon complete the development of a ballistic missile with a range of roughly 9,000 miles.

"Given the number of real reported tests, it is reasonable to speculate the DF-41 will be deployed to PLA Strategic Rocket Force bases in 2016," he said, according to the Financial Times.

President Xi is currently in Washington DC to attend the Nuclear Security Summit, where US President Barack Obama will likely address his concerns over China’s nuclear developments.

"If the only outcome of Obama’s final nuclear security summit is that both nations see the folly of keeping nuclear forces on high alert, history will record it as a turning point in the effort to reduce the risk of war," Gregory Kulacki writes for Defense One.

The summit comes amid high tensions between Washington and Beijing. The US Navy has conducted a number of provocative patrols near China’s land reclamation in projects in the South China Sea, claiming that the artificial islands violate international territorial agreements.

Beijing maintains that it has every right to build within its own territory and that the islands will be used primarily for humanitarian purposes.