All Quiet in the Eurasian Front 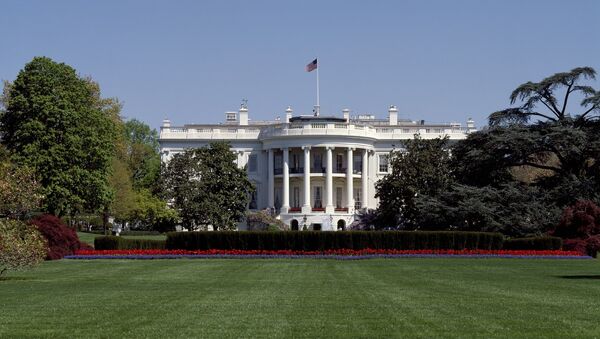 Pepe Escobar
All materials
So now Iran is back to being demonized by the West as “provocative” and “destabilizing”. How come? Wasn’t the nuclear deal supposed to have brought Iran back to the Western-concocted “concert of nations”?

Iran will once again be discussed at the UN Security Council. The reason: recent ballistic missile tests, which according to the West, are
“capable of delivering nuclear weapons” – an alleged violation of the 2015 UN Security Council Resolution 2231.

No Reason to Raise Question of Iran's Ballistic Missiles in UN Sec. Council
This is bogus. Tehran did test-launch ballistic missiles in early March. Supreme Leader Ayatollah Khamenei stressed missiles were key to Iran's future defense. Ballistic missiles have nothing to do with Iran’s nuclear program; and yet Washington kept bringing it to the table during the manufactured nuclear crisis.

Russia knows it, of course. The head of the Russian Foreign Ministry’s Department for Non-Proliferation and Arms Control, Mikhail Ulyanov, once again had to go on the record saying the ballistic missile tests did not breach the UNSC resolution.

What else is new? Nothing. Washington will keep pressure on Tehran for a fundamental reason; the US did not get the natural gas commitments they were expecting after the nuclear deal. Iran privileges selling natural gas to Asian – and European – customers. Eurasian integration is the key.

South US Sea, anyone?

Pressure also runs unabated over China related to the South China Sea. Beijing is not exactly worried. As much as Washington and Tokyo ratchet it up, Beijing increases its footprint in the Paracels and the Spratlys. The meat of the matter though is further south.

For China, the key is non-stop smooth trade and energy flows through a maritime highway that happens to contain crucial choke points. These choke points – most of all the Malacca Strait – are supervised by Indonesia, Malaysia and Singapore.

Asia
Washington ‘Anxious’ Over China’s Presence in South China Sea Shoal
There’s absolutely no incentive for Indonesia to confront China. And Beijing for its part characterizes Jakarta as a peacemaking power. What matters for Jakarta is actually to boost maritime trade ties with Beijing. Same for Kuala Lumpur – even if Malaysia and China do have their not exactly apocalyptic South China Sea quarrels.

The (rhetorical) pattern from Washington spells out the usual, well, torrent of words. But what is the Empire of Chaos to do? A naval takeover of the South China Sea?  Order Indonesia and Malaysia not to further improve their own – mutually beneficial — economic ties with Beijing?

Then there’s NATO. Many a key player across the Beltway is absolutely fed up with turbulent “NATO ally” Sultan Erdogan. Yet the impression is being created – by the Masters of the Universe lording over the lame duck Obama administration – that they are turning to Turkey to reinforce an already anti-Russian NATO, with the whole process covered up in “terrorist” rhetoric. The fact that Ankara is for all practical purposes blackmailing the EU is dismissed as irrelevant. This is a classic misdirection policy.

Yet it’s still unclear how “NATO ally” Turkey will keep acting in Syria, considering that Washington and Moscow may – and the operative word is “may” — have struck a grand bargain.

Looking Past Obama: Pentagon to Boost Military Presence in Europe
This does not mean that the pressure over Russia will be relaxed any time soon. The Pentagon announced it will be spending $3.4 billion on deploying hardware and hundreds of “rotating” US troops to Eastern Europe to counter – what else – “Russian aggression”. This after the Pentagon announced it will quadruple the funds for the so-called European Reassurance Initiative in fiscal year 2017, pending Congress approval, which is all but inevitable.

Moscow is not exactly worried. The US brigade will have about 4,500 troops. Then there will be a few Bradley fighting vehicles, Humvees,
Paladin self-propelled howitzers and perhaps, by 2017, a Stryker brigade. No air force. Perhaps the odd Warthog. This is basically window dressing to appease hysterical Baltic vassals.

Syria has graphically demonstrated Russian military capabilities to the real rulers of the Empire of Chaos – and that has left them dazed and confused. Up to the Syrian campaign, the whole focus was on China, especially Chinese missiles that could hit US guidance satellites for ICBMs and cruise missiles, as well as Chinese ability to shoot down an incoming foe traveling at a speed faster than an ICBM. A silent Chinese submarine surfacing undetected next to American aircraft carriers compounded the shock.

Now the Masters have realized the Pentagon is even more incapacitated compared to Russia. So Russia, and not China, is now the top “existential threat”.

Obsolete Alliance: Why It is Time for US to Withdraw From NATO
Certainly if Poland, Hungary, Bulgaria, Turkey, not to mention France and the UK had any idea how far behind the Russians the US really is, then NATO might collapse for good, and the entire “West” would eventually shift away from Empire of Chaos hegemony. And if that was not dramatic enough, reality TV entertainer Donald Trump is emitting signs that the US should disassociate itself from NATO – imagine it dissolving under Trump rule, in parallel to the implosion/disintegration of the EU.

It may be enlightening to go back to what happened nine years ago, at the Munich security conference. Vladimir Putin already could see it coming, if not in detail at least conceptually. The inevitable geo-economic expansion of China via the One Belt, One Road (OBOR), the official denomination of the New Silk Roads – which are bound to unify Eurasia. The steady progress of the Shanghai Cooperation Organization (SCO), evolving from a sort of Asian economic/trade community towards a sort of Asian NATO as well. The success of the “4+1” coalition in Syria should be read as a precursor to the SCO’s increased international role.

What’s left for the Empire of Chaos in the Eurasian front is the wishful thinking of attempting to encircle both Russia and China, while both keep actually expanding all across the Eurasian Heartland, shedding US dollars and buying gold, signing a flurry of contracts in yuan and selling oil and gas to all and sundry. Under Pressure? Well, call it a song by Queen and David Bowie; It's the terror of knowing/What this world is about/Watching some good friends/Screaming, "Let me out!"