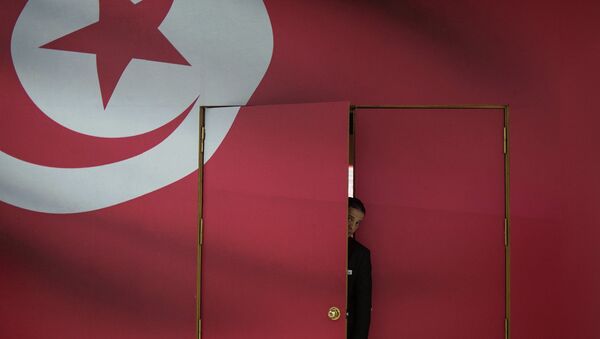 Russia and Tunisia are currently holding an intergovernmental commission’s meeting in Moscow.

"Our agenda for this joint commission’s meeting will include discussions on ways of developing a lasting, strategic and mutually beneficial partnership," Mohsen Hassen said, adding that Russia and Tunisia have been developing ties in a number of spheres, including tourism, trade and culture.

According to the Minister, in 2015 bilateral trade between two countries reached $1.5 billion and to a large extend it was in favor of Russia.

"On our side, we would like to boost our exports to Russia striking a balance between our exports and imports as the volume of trade between our countries does not reflect the true potential of bilateral cooperation " he noted.

Tunisia, Russia to Consider Use of Ruble in Bilateral Trade
Tunisia is a popular destination for Russian tourists. "Tunis expects that the tourist flow of Russian citizens to the country will increase significantly," Hassen said. According to the Tunisian Ministry of Tourism, in 2015, the number of Russian tourists in Tunisia decreased to 53,000 from 250,000 in 2014 amid the threat of terrorist attacks in the country.

Hassen reminded that earlier in March, two countries held political consultations between on the Foreign Ministers’ level. Tunisian Foreign Minister Khemaies Jhinaoui told Sputnik earlier that Tunis intends to sign the memorandum of understanding (MoU) on the strategic partnership and cooperation with Russia by the end of March.