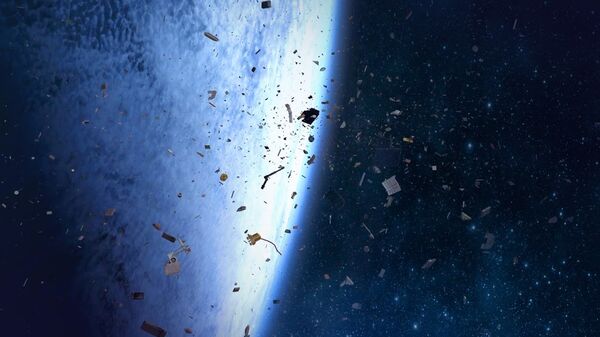 Space junk, old, decommissioned objects in the Earth's upper atmosphere, is a major problem which could potentially trap humans on Earth forever. Now, a startup founded by students at Russia's Moscow State University of Mechanical Engineering has come up with a possible solution.

"Decommissioned satellites could take decades to descend from an altitude of 600-800 kilometers. But the situation changes drastically when the satellite has a drogue chute, an object with a large area and a very small mass. With this device on board, the satellite begins to act not like a dropped pellet, but like dropped piece of fluff — it brakes very quickly in the atmosphere, descends and burns up in thicker layers," project leader Alexander Shaenko told Sputnik by email.

The Mayak satellite, launched to an altitude of 550 kilometers, would take around a month do descend. The project also seeks to show that space can be affordable, and will be Russia's first crowdfunded satellite.

Along with solving the space debris problem, the new satellite would also be the brightest low earth orbit object in space.

The satellite's reflection on Earth would be visible on an area around 20 kilometers wide, so the satellite would be spun first, allowing people around the world to see a flashing beacon (the name, "Mayak," in Russian means beacon), in the night sky.