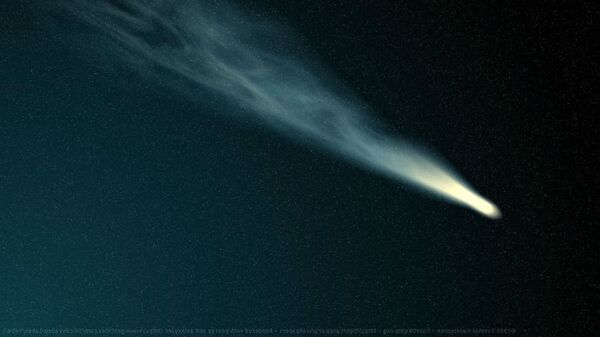 When scientists announce that a near-Earth object will make an uncomfortably close flyby of our planet, we rest easy knowing that their calculations will be accurate. But while a trajectory is predictable, sometimes calculations of the size of these objects can be dramatically wrong.

In January, the PanSTARRS telescope at the University of Hawaii first identified P/2016 BA14, a near-Earth comet that sailed past Earth on March 22. The third closest comet flyby ever recorded, the object flew within 2.2 million miles of our planet.

As it approached, scientists estimated that BA14 was no more than 410 feet wide.

But after observing the comet for three nights with NASA’s Goldstone Solar System Radar in California, scientists discovered it was much larger, roughly 3,000 ft. in diameter.

"The radar images show that the comet has an irregular shape: looks like a brick on one side and a pear on the other," said Shantanu Naidu of NASA’s Jet Propulsion Laboratory, who led the study.

"We can see quite a few signatures related to topographic features such as large flat regions, small concavities and ridges on the surface of the nucleus."

Astronomers regards comets as tricky objects for study. While their tails are often easy to see, lit by sunlight, the icy bodies are darker and more difficult to observe from a distance. NASA’s Infrared Telescope Facility found that BA14, in particular, only reflected some 3% of the sunlight it encountered.

Scientists could only get a clear look at BA14 after it was in range of NASA’s radar system.

"Comet nuclei are as dark as fresh asphalt," reads a NASA press release. "However, infrared spectra can often yield clues to the makeup of these primitive denizens of the solar system."

Despite miscalculating BA14’s size, its trajectory was never in question, and the data showed that it was not going to collide with Earth.

Still, the fact that the majority of the comet remained essentially invisible until it was within striking distance raises concerns over other objects lurking in our solar system.