No Country for Old Planes: What Could U-2 Aircraft Spy in Russia 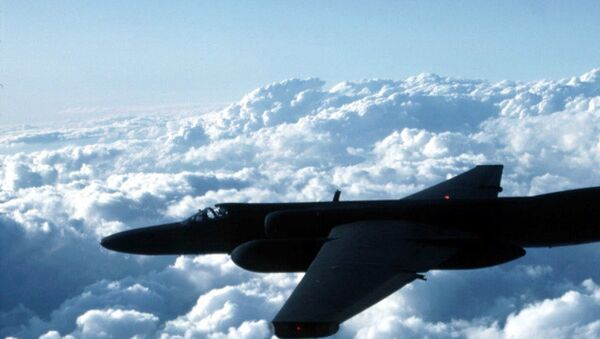 © AFP 2021 / US AIR FORCE
Subscribe
NATO supreme allied commander’s proposal to use U-2 surveillance planes to spy on Russia may not be as good as advertised.

Obsolete Alliance: Why It is Time for US to Withdraw From NATO
Earlier, chief of US European Command (EUCOM) and NATO Supreme Allied Commander General Philip Breedlove publicly advocated the use of U-2 and RC-135 surveillance aircraft in Europe to effectively spy on Russia.

However, it remains unclear whether the U-2, considered by some to be one of the most effective spy planes ever built, will be able to snoop on a country that has developed some of the most sophisticated air defense systems ever made.

In fact, half a century ago Moscow’s anti-air capabilities proved to be good enough to provide an object lesson of why a U-2 really shouldn’t fly into Russia’s airspace without permission. And this time, a wannabe airborne intruder will likely receive a much more high-tech and lethal greeting.

Therefore, U-2 spy planes would likely resort to operating within the NATO member-states’ airspace, trying to 'peep' into Russia while cruising at 20km altitude, begging the question of why the alliance doesn't just stick to Wikimapia.

Alexei Pushkov, head of the Russian parliament’s Foreign Affairs Committee, remarked that just like the spy plane in question, General Breedlove is a Cold War relic.

"While terrorists blow up European cities, NATO supreme allied commander Breedlove dreams of a U-2 over Russia. The U-2 was born of the Cold War. And he [Breedlove] is also a thing of the past," Pushkov wrote on Twitter.

The U-2 aircraft was used by the US Central Intelligence Agency (CIA) to fly reconnaissance missions over the Soviet Union during the Cold War. In 1960, a U-2 plane was shot down by a Soviet surface-to-air missile in central Russia. The US government attempted to claim that the plane was merely studying weather patterns, and was subsequently embarrassed when Kremlin revealed that the pilot, Francis Gary Powers, had been taken alive and confessed about the nature of his mission.

000000
Popular comments
While terrorists blow up European cities, NATO supreme allied commander Breedlove dreams of a U-2 over Russia. The U-2 was born of the Cold War. And he [Breedlove] is also a thing of the past," Pushkov wrote on Twitter. -- Great remark.
jas
30 March 2016, 19:19 GMT6
000000
What they say and what they do are never the same thing. Those planes are not against Russia those planes are against their own people. According to my knowledge they will, very soon, need every kind of defense, but not against an enemy coming from somewhere, no, against their own people. I don't believe it will take till 2017 and we will see the first "Elites" hit the floor or going to dungeons. They started already, not the public, themselves. ex-CEO of Blackwater, ex-CEO of Volkswagen, ex-Minister in Canada (dead including wife and brothers)... Last year around 150 Bankers in London "jumped out a window". A lot of suicide in a year inert a specific group, no? First they sacrifice the small dogs, now they are already in the executive suite... Next step? The political dirt. I guess Hollande is one of the first in Europe. No harm done! Have a nice day Russia!