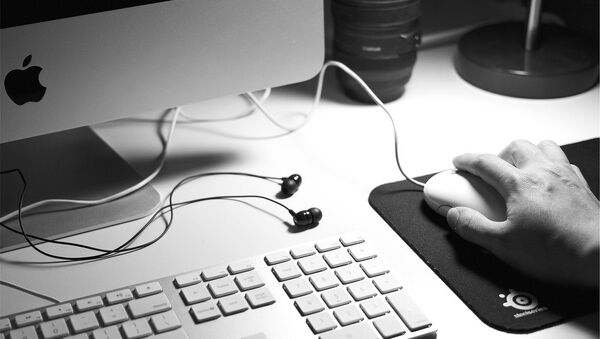 © Photo : Pixabay
Subscribe
Threats to free speech don't just originate from extremism, but also from the widespread surveillance that is put in place to protect us from extremist views, a new study found.

The study, conducted by Wayne State University’s Elizabeth Stoycheff, found that people who were "primed with information" about government surveillance prior to questioning were much less likely to disclose political views, and were reluctant to express non-mainstream opinion.

"Since Edward Snowden exposed the National Security Agency’s use of controversial online surveillance programs in 2013, there has been widespread speculation about the potentially deleterious effects of online government monitoring," Stoycheff wrote.

Knowing we’re always being watched sets off a "spiral of silence,” even for those who "don't have anything to hide." https://t.co/JVl3KAr24l

The theory's conceptual kernel is that people are likely to keep mum if they feel their views are at odds with those of the society at large.

In Stoycheff's experiment, the model was tested by asking a sample of people to comment on a mock-up Facebook post detailing American airstrikes against Daesh in Iraq.

Some of the participants were told beforehand that their online posts were being monitored by the US government — not exactly mind-blowing, given Edward Snowden's 2013 mass surveillance revelations.

The results showed that — with similar personality traits and upbringing, etc. — the subjects who had been reminded of being under surveillance were significantly less likely to express critical opinions.

"This study shows [surveillance] can contribute to the silencing of minority views that provide the bedrock of democratic discourse," Stoycheff said.

The study also found that the people who were more in favor of mass online surveillance were also those more supportive of government policies.

Believing they have nothing to hide or that their opinion would not clash with that of the US government's, these subjects feel less strongly about being under constant scrutiny.