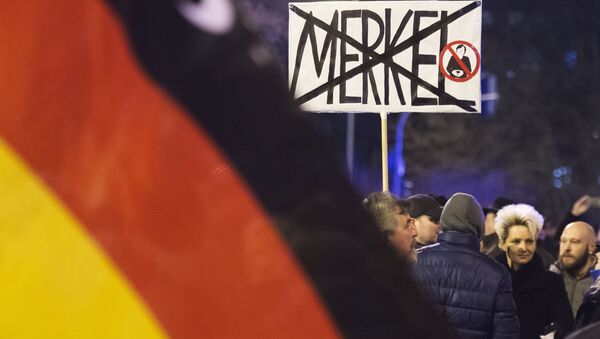 MOSCOW (Sputnik) — The Alternative for Germany (AfD) is seeking the closure of mosques across the country, local media reported Wednesday, citing a new draft of the party's policy program.

"The Islam does not belong to Germany," the AfD wing in Lower Bavaria said the 45-page paper obtained by RedaktionsNetzwerks Deutschland.

Germany OSCE Chairmanship to Prioritize Migration Issues - Steinmeier
According to the AfD draft policy program, the party is seeking to prohibit construction and operation of mosques.

According to media reports, Bavaria AfD federal state leader Petr Bystron distanced himself from the draft, but stated that he was aware of the "proposal from Lower Bavaria."

The party program is set to be adopted at the end of April.

The right-wing AfD party was founded in 2013. The party adheres to a tough line on immigration, the euro currency and the bailouts by the eurozone for certain EU member states.