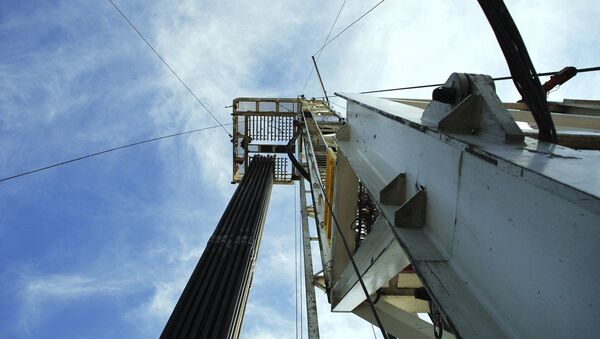 A new study, called a “wake up call,” has revealed the link between hydraulic fracturing, or fracking, and poisoned groundwater.

A Stanford University study, published in Environmental Science and Technology, has determined that there is a "clear impact" on groundwater in Pavillion, Wyoming, where residents have observed the quality of their water deteriorating since the 1990s.

The town of Pavillion is in close proximity to 180 drilling operations. In 2011, the Environmental Protection Agency (EPA) warned that the operations may have contaminated the town's water supply. Two years later, however, the EPA handed their investigation over to the state of Wyoming, after criticism from the local energy industries and the state's fossil fuel regulators, Common Dreams reported.

"When you look at everything as a whole, it seems implausible that all this is due to natural conditions," DiGiulio told InsideClimate News. "When you look at the compounds, it's a virtual fingerprint of chemicals used in the field."

Washington Rally Urges World Leaders to Ban Fracking
"Geologic and groundwater conditions at Pavillion are not unique in the Rocky Mountain region," he said. "This suggests there may be widespread impact to underground sources of drinking water as a result of unconventional oil and gas extraction."

The study was conducted by obtaining reports through Freedom of Information Act requests, and the author states that the effects of these operations have spread far beyond the small town of Pavillion.

"Had the EPA finalized its own study with similar findings on Pavillion years ago, we might have already turned the corner toward a clean energy future," Wenonah Hauter, executive director of the environmental group Food & Water Watch, told Common Dreams. "But sadly the EPA continues to look the other way, much to the delight of the oil and gas industry. It's time for the Obama administration to deal with reality and address contamination from fracking in places like Pavillion, Wyoming; Dimock, Pennsylvania; and Parker County, Texas."