Major Build Up: US Army Orders Mortars, Ammunition for $750Mln 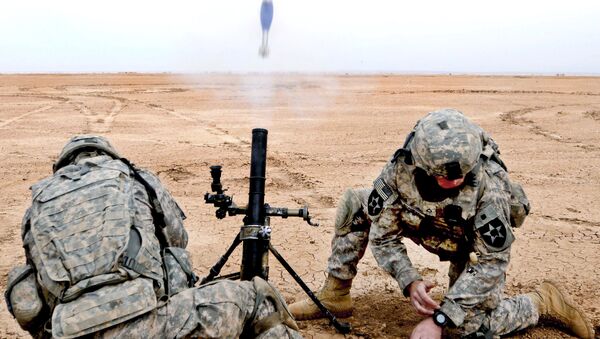 Alliant Techsystems Operations and Chemring Military Products have received US army contracts worth three quarters of a billion dollars for non-standard ammunition and non-standard mortar weapon systems, the Department of Defense announced.

WASHINGTON (Sputnik) — The US Army is currently engaged in a major force build up aimed at rapidly supplying the European Command (EUCOM) of the US armed forces.

Defense Secretary Ashton Carter has approved a quadrupling of US military spending on Europe in the next year.

The US Army is in the process of replacing its older or "legacy"M224 mortars with the improved M224A1, which was introduced into service in 2011 and is 20 percent, or 4 kg, lighter than the old models.