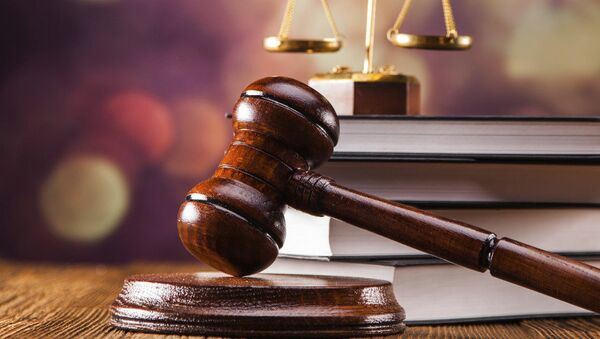 © Flickr / Penn State
Subscribe
A new report from non-profit legal aid organization The Innocence Project alleges that prosecutors are rarely ever punished for misconduct that leads to innocent people being sent to prison.

Innocent Man on Death Row for 30 Years Died Hours Before Judge Cited Him
The report, released on Tuesday, examined rulings from 2004-2008 in which courts found prosecutorial misconduct. Researchers found 660 cases, ranging from mischaracterizing evidence to suborning perjury, yet in 527 of the cases judges upheld the convictions. It was also found that only one prosecutor was disciplined for their actions.

“In the handful of situations where an investigation is launched,” the report found, “The committees generally failed to properly discipline the prosecutor who committed the misconduct.”

According to findings from a 2013 study by ProPublica, the sole prosecutor who was disciplined was a low-level Queens, New York, assistant district attorney who was involved in three cases that ended in conviction reversals. His punishment was the loss of his license.

The report, released on the anniversary of Connick v Thompson, opens with a 2011 letter to US Attorney General Eric Holder in response to a ruling signed by 19 people who were affected by prosecutorial misconduct leading to wrongful convictions. They reportedly never received a response.

Innocent Man Awarded $2.3M After Being Held in Solitary for 15 Months

“In many of our wrongful conviction cases prosecutorial misconduct was found but later declared “harmless” by the courts. Nothing could be further from the truth. In our cases, each act had profoundly harmful effects on our lives. Together we represent hundreds of years in prison, separated from our wives, husbands, children, parents, brothers, sisters, grandparents and other loved ones, who suffered their own shame and wasted hundreds of thousands of dollars on lawyers and spent countless sleepless nights worrying about our well being. The misconduct contributed to nearly unbearable depression and unhappiness, loss of jobs and career opportunities, the derailing of educations and forever destroyed hopes and dreams. Each of us has worked long and hard to repair what has happened to us, but we will never regain the lives we had before we were wrongfully convicted at the hands of careless or deceitful prosecutors,” the letter stated.

The case of Connick v Thompson ruled that while prosecutors had withheld evidence that would have exonerated John Thompson, serving 18 years in prison for a murder he didn’t commit, the District Attorney could not be found civilly liable for the injustice.

The Innocence Project litigates against harmful or ineffective public policy nationwide, and is dedicated to exonerating wrongfully convicted individuals through DNA testing and “reforming the criminal justice system to prevent future injustice.”