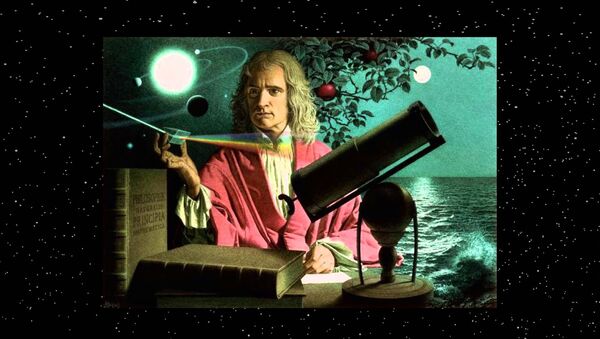 Science & Tech
Kryptonite is Real? Polish Scientists Develop ‘Anti-Superman Weapon’
The manuscript, penned by Sir Isaac Newton, is in fact a copy of a text written in Latin by another alchemist, called ‘Preparation of the [Sophick] Mercury for the [Philosophers'] Stone by the Antimonial Stellate Regulus of Mars and Luna from the Manuscripts of the American Philosopher’, and details the process of creating the aforementioned philosophic mercury.

"Philosophic mercury was [thought to be] a substance that could be used to break down metals into their constituent parts. The idea is if you break the metals down you can then reassemble them and make different metals," James Voelkel, the CHF’s curator of rare books, said, according to the Chemistry World Magazine.

Along with the copy of the original treatise however, the document also contains a record of at least one of Newton’s own alchemical experiments.

The manuscript was apparently a part of the papers sold by the legendary physicist’s descendants at Sotheby’s in 1936. After being kept in a private collection for decades, the document was purchased by CHF and finally made available to the public.

The philosopher’s stone is a mythical alchemical substance capable of turning base metals into gold, and even extending a person's lifespan.