A320 Hijacking Should Not Be Attributed to Airport Security Failure – Envoy 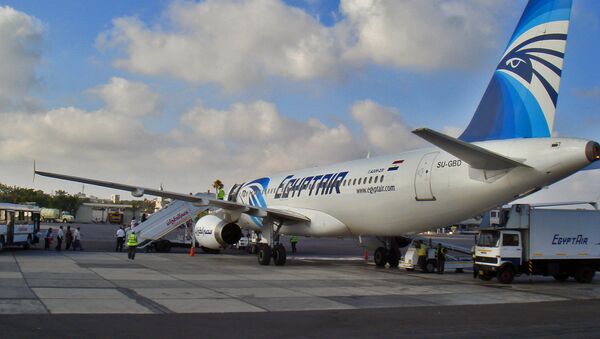 © Flickr / Mike Smail
Subscribe
The hijacking of the EgyptAir A320 airliner with 81 people on board was not a result of a failure in the security system in place in the Egyptian airports, the Egyptian ambassador to Russia told Sputnik on Tuesday.

MOSCOW (Sputnik), Svetlana Alexandrova – Earlier in the day, an Egyptian airliner en route from Egypt’s Alexandria to Cairo with 81 people on board was hijacked by a man, allegedly motivated by personal reasons, before landing in Cyprus.

Although the hijacker threatened to blow up the plane, police found no explosives after he surrendered and let the passengers and crew members disembark from the aircraft.

"It is clear now that this unfortunate event was not a result of any shortcomings in the Egyptian security standards at the airport. We have all seen the TV footage of the inspection process and the safety protocols being fully applied," Mohamed Elbadri said.

He added that the hijacking incident was "an individual act of bluff that could occur on any airline carrier."

None of the passengers or crew members sustained injuries during the incident, according to Egypt's Ministry of Civil Aviation. The hijacker has been detained.

000000
Popular comments
'He added that the hijacking incident was "an individual act of bluff that could occur on any airline carrier."' What a great, great piece of PR for the travel industry.