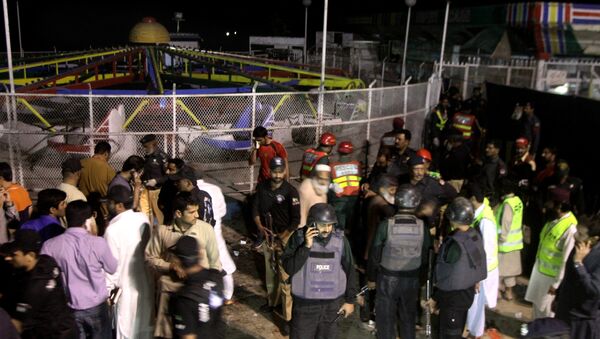 The Russian president extended condolences to Pakistan's leadership over the suicide bombing in Lahore.

"Russian President V.V. Putin has expressed his condolences to Pakistani President M. Hussain and Prime Minister N. Sharif over the tragedy in the city of Lahore that took the lives of dozens of innocent people, most of whom were children and women," the Kremlin said in a statement.

At least 69 people, including more than 20 children, were reportedly killed and over 300 people were injured in Sunday’s terrorist attack. Militants affiliated with Taliban claimed responsibility for the attack.