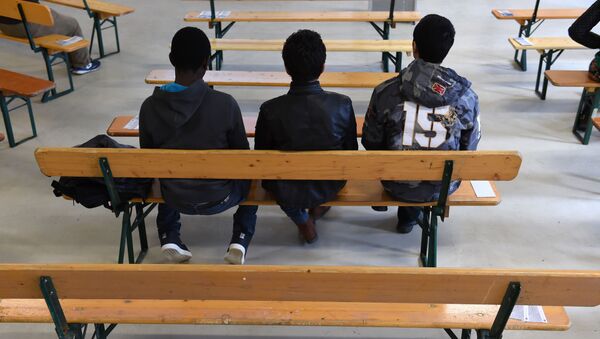 No Evidence of Terror Attacks Prepared in Germany - Interior Minister
Germans are clearly not happy with their government's hospitable policy toward the refugees that continue to flee to Europe predominantly from war-torn Middle East and poor African states.

Their disquiet showed in the country's regional elections, held earlier in March, in which a great number of voters abandoned Chancellor Angela Merkel's conservatives for the anti-immigrant party Alternative for Germany (AfD).

The legislation proposed by De Maiziere — a conservatives himself — followed soon thereafter. He expects migrants to do their best to assimilate, in exchange for the opportunity to live in Germany and for the assistance they get like language lessons, social benefits and housing.

De Maiziere added that the permitted period of stay for refugees has to depend on the success of their integration efforts.

"We must not only support integration but demand it," he told Bild.

Around a million migrants arrived in Germany in 2015. According to de Maiziere, some 100,000 more have arrived so far this year.