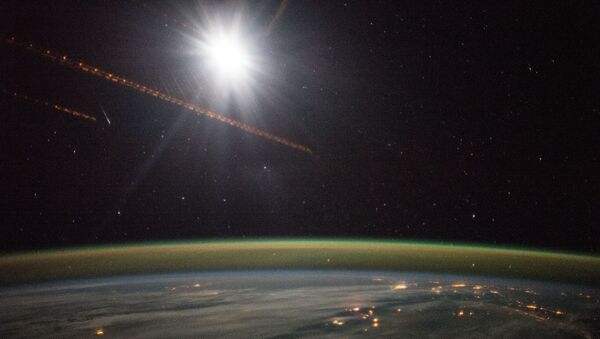 © Flickr / NASA Johnson
Subscribe
A US weather satellite has been deemed lost, as the Air Force stopped trying to recover it following an unsuccessful operation initiated last month, Spacenews reported.

Operators lost the ability to command the Defense Meteorological Satellite Program Flight 19 last month. Since then the US Air Force has been trying to fix the problem and recover the spacecraft, but all their attempts have been in vain.

US Navy Plans New Secure Satellite Communications Launch in May
The weather satellite worked to predict bad weather, including fog, thunderstorms and hurricanes that could impact US military operations.

The satellite was sent into orbit on April 2014 and was supposed to serve five years. It was the newest Air Force weather satellite in space.

US General John Hyten, the head of Air Force Space Command, ordered a safety investigation board to take a closer look at the incident and see if more information could be found to find out what could have caused the accident.

Meanwhile, in the absence of the Flight 19 satellite a much older spacecraft has been re-assigned the task of gathering information on cloud imagery.

000000
Popular comments
Lockheed Martin should've been required to provide a warranty, you know, like any electronic device an average person can purchase. Then again, Washington denizens are in bed with these military industrial suppliers.