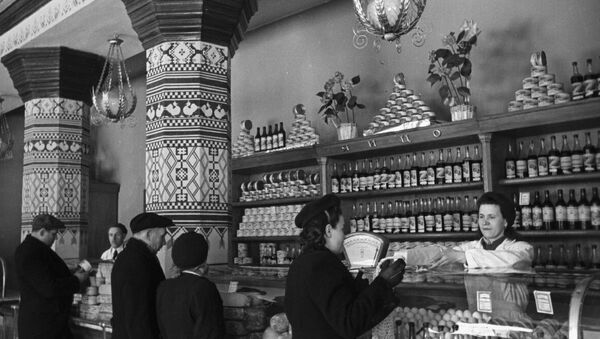 © Sputnik / Anatoliy Garanin
/
Go to the photo bank
Subscribe
There is a common myth that the word “brand” didn’t exist in the Soviet Union and people simply used no-name products and ate generic food. Well of course that wasn’t the case and Lenta.ru decided to bust the myth and remembered the seven most legendary Soviet brands, some of which exist to this day. 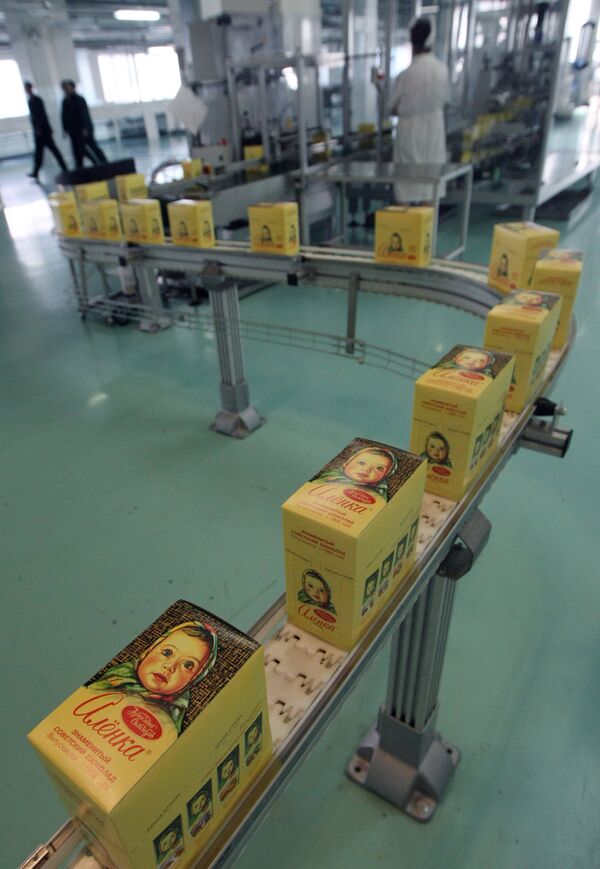 The brand has been in production since 1965 when the Soviet government implemented a special program that was supposed to bring affordable milk chocolate to the masses. Looking for an image for their chocolate bar, producers held a competition and advertized it in a newspaper, asking readers to submit their pictures. The photo of an 8-month-old girl was picked as the winner and to this day her picture continues to be the face of the most recognized Russian chocolate bar. 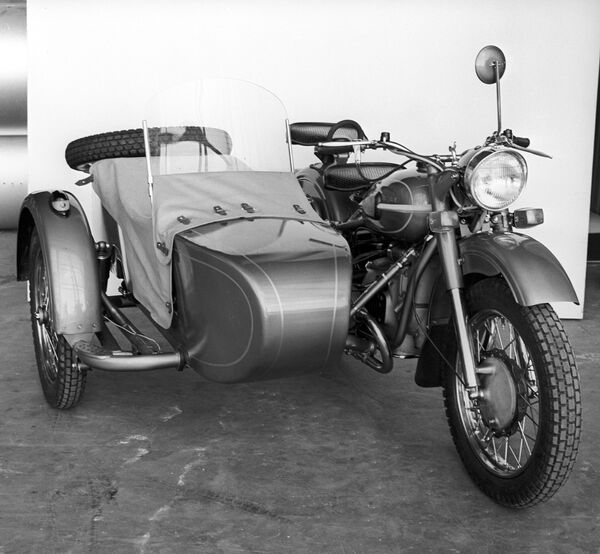 Although the Soviet Ural sidecar motorcycle didn't look much like a Harley Davidson, it's equally as legendary. More often than not the motorcycle was used as the only viable alternative to ride across the off-roads of rural areas in the Soviet Union. A sidecar attached to the motorcycle allowed riders to carry several passengers — an important add-on in the poor countryside.

Just before the Great Patriotic War, Soviet engineers acquired the design of the BMW R-71 motorcycle from Germany, which became the prototype for the future Ural motorcycles.

One might think the Ural is no longer manufactured, as one hardly sees the motorcycle on the streets of big Russian cities. However, the legendary Ural is still produced in the Sverdlovsk Region albeit only three percent of manufactured motorcycles are sold in Russia, while the rest are imported to the United States, Canada, Australia and European countries, where bikers have come to appreciate the raw design and brutality of the Soviet motorcycle. 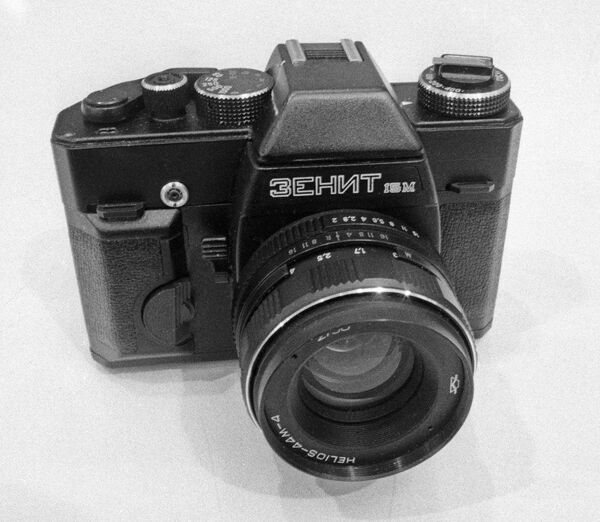 The Zenit camera brand was widely popular in the Soviet Union and Russia. As many as 15 million Zenit cameras were manufactured and a lot of them were exported to Western countries, including Germany, Italy, France and Britain.

Last month, the Russian high-tech development and production company Rostec announced it would revive the once famous Zenit camera brand and make it a luxury device. 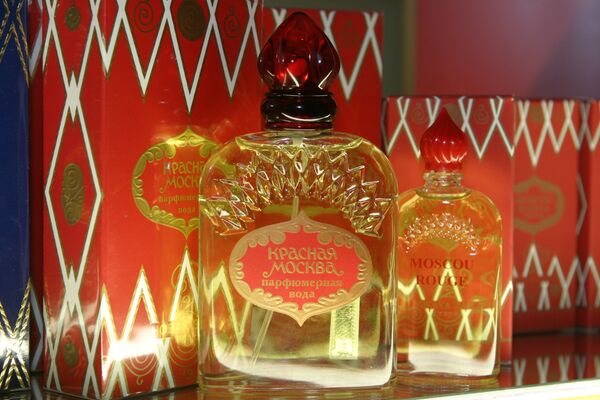 According to one legend, the perfume was originally developed by none other than Maria Fedorovna, the mother of Tsar Nicholas II, and was known as the Empress' Favorite Bouquet. After the perfume's production was re-started in the Soviet Union, the name was changed to erase all associations with the Royal family.

Another legend says that August Michel, the man who invented the luxurious smell of Krasnaya Moskva, ended up fleeing Russia after the Socialist Revolution and later became a member of the team that created Chanel No 5. The two perfumes indeed bear a close resemblance. 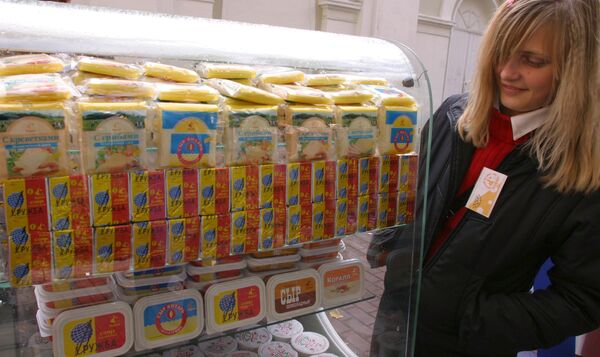 Invented in 1964 at a diary factory in the Yaroslavl Region, Druzhba ["Friendship"] cheese quickly won the hearts, minds and stomachs of the Soviet people. The product marked the beginning of a nationwide craving for processed cheese.

People ate Druzhba in various ways — as a snack, used as an ingredient for salads and even made soups out of it.

The cheese can still be found on supermarket shelves. 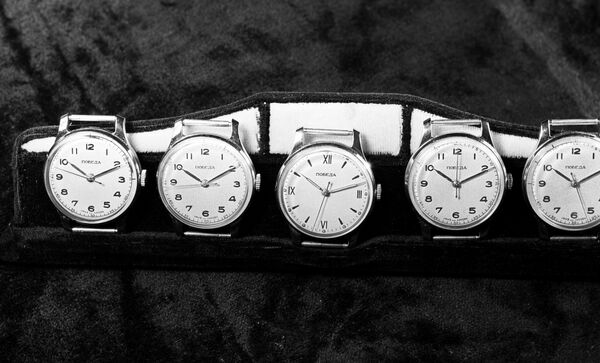 People liked the Pobeda wristwatch for its successful mechanism, which contained 15 jewel bearings and allowed to keep the watch without winding for two full days.

The brand's name Pobeda ["Victory"] had to be approved by Joseph Stalin himself after a Kirov-based watch manufacturer started the production of wristwatches in 1946 to mark the first anniversary of the Soviet Union's victory over Nazi Germany.

When the brand quickly became a hit, other companies across the country began to produce the iconic wristwatch. The production of Pobeda was stopped in the mid-1990s following the breakup of the Soviet Union. 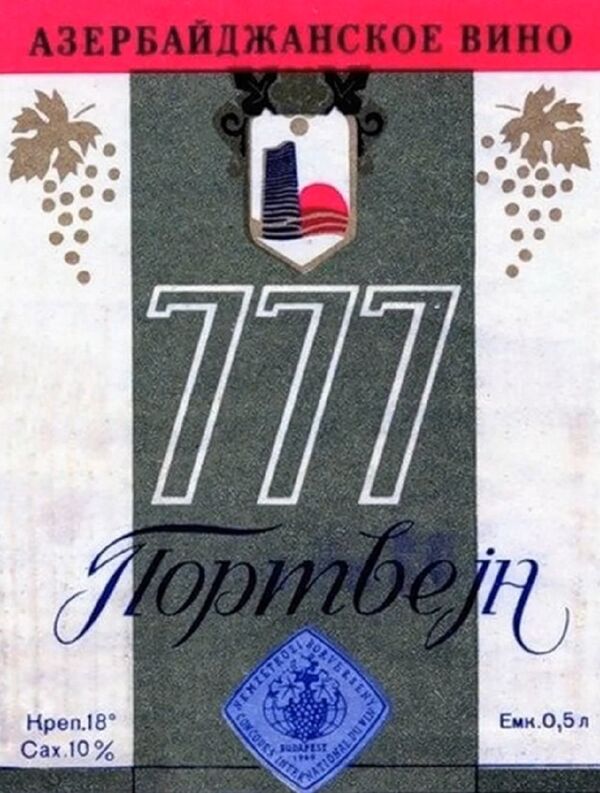 The entire country from Kaliningrad to Kamchatka knew well about this cheap yet strong port wine under the brand of 777.

Although its label said the port wine was produced from the best grapes, it probably wasn't the case. Based on its taste, the triple seven belonged to the category of flavored fortified wines, which normally have an alcohol content between 13 and 20 percent and extra sugar added to make it stronger.

Most people who drank 777 thought neither about the high-level of sugar nor the true quality of grapes the drink was made of.

000000
Popular comments
Too many things got thrown out with the bath water, so to speak, when the Soviet Union collapsed. I remember in the mid-1980's the public school I attended in southern Ohio had a fundraiser and kids could buy something and I saw the Russian nesting doll and a wooden pen, made in the U.S.S.R. I wanted the nesting doll so bad but was too poor so instead I got the wooden ink pen. Man, I was thrilled that that pen was from such a far, far away place and was actually handmade! Well, having little sisters and a little brother proved to be the detriment of the pen but I certainly had fun imagining the journey and the hands and places the pen traveled to make it to the remote neck of the woods where I called home.