Life in a Fairy Tale: Five Modern Cinderellas Who Found Their Princes 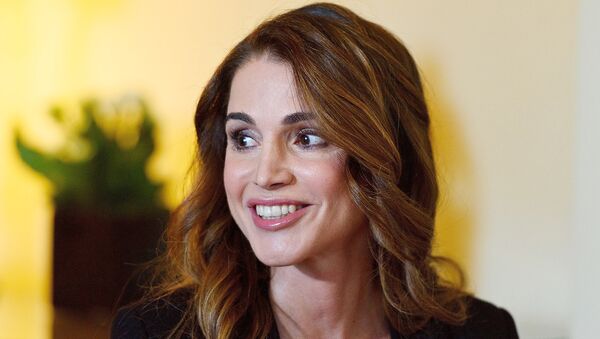 © AP Photo / Ben Pruchnie/Pool
Subscribe
Many people believe that there is no place for a fairy tale in our lives. However, these modern Cinderellas prove the opposite and show that all our dreams can come true.

William, Prince of Wales, and Kate, a simple girl from an average British family, met in 2001 while studying at the University of St. Andrews in Scotland. They became friends during the first semester of their studies and even lived together as flatmates.

The first sparks occurred between the two in 2002, when Kate took part in DON'T WALK, a student fashion show that raises money for charity. Kate's highlight of the night was a see through dress, turning Prince William's head. Their relationship became public only in 2004, after the media published a photo of them together. 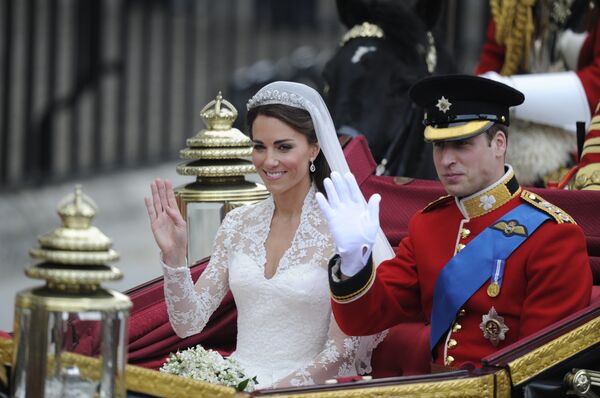 Britain's Prince William and his wife Kate, Duchess of Cambridge, wave as they travel in the 1902 State Landau carriage along the Processional Route to Buckingham Palace, in London, on April 29, 2011
© AFP 2021 / ODD ANDERSEN

Their love was not cloudless: the couple broke up several times and then came together again. True love, however, finally gained the upper hand: in November 2010, the couple officially became engaged and in April 2011 the wedding ceremony took place in Westminster Abbey.

William and Kate have a son and a daughter and use every opportunity to enjoy their happy family moments together.

Queen Rania whose stunning beauty is praised all over the world was just an ordinary Palestinian girl whose father worked as a children's doctor before she met Jordanian Prince Abdullah and married him. The future queen studied Computer Science and Business Administration and was planning to become a senior expert in the field.

Rania and the young Prince Abdullah (now the King of Jordan) met at one of the banks in Amman, where Rania was applying for a job after she was denied a promotion to a senior position in a firm she worked in before.

On that day, the life of the young woman completely changed as she not only got a new job, but also found the love of her life. Her new acquaintance grew into a serious relationship and ended with a wedding in 1999.  Rania is a mother of four children and is an active member of numerous charity organizations. 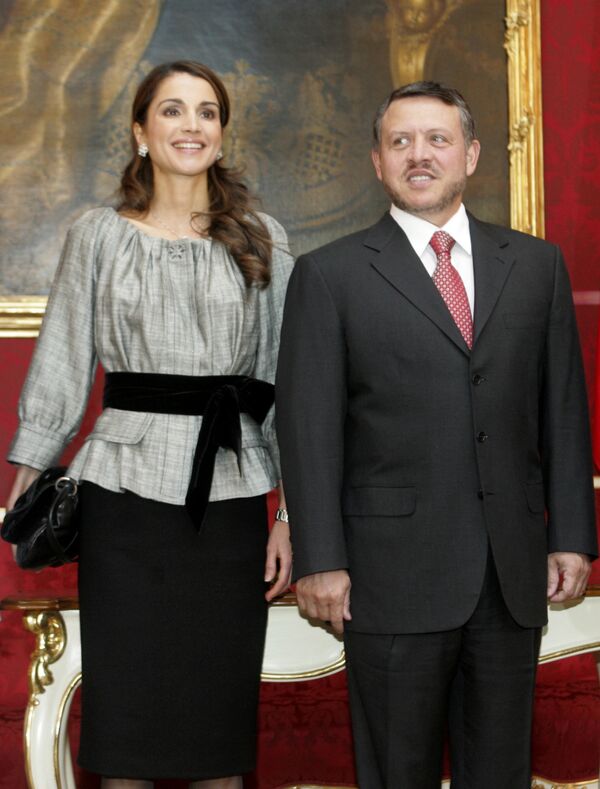 This elegant woman is the wife of Spanish King Felipe VI. Before she met Prince Felipe, she was a famous TV presenter and reporter.

Even as a child the future Spanish Queen, daughter of a journalist and a nurse, showed interest in being a writer. When she met Felipe she had already had a one-year marriage and pursued a successful career as a journalist.

The couple met in Galicia, where Letizia filmed a report. It was love at first sight, but Letizia still decided to tax the Prince's patience and didn't hurry to accept his invitation for a dinner. Ultimately, the couple married in 2003 and has two beautiful daughters. Letizia and Felipe live a relatively modest life and are often seen taking their children to school. 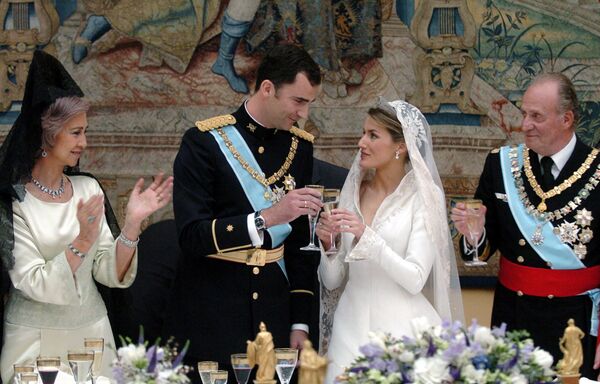 Spanish Crown Prince Felipe of Bourbon and his wife Princess of Asturias Letizia Ortiz toast next to Juan Carlos of Spain and Queen Sofia during the reception at the Royal Palace in Madrid 22 May 2004.
© AFP 2021 / BALLESTEROS/POOL

The love story between the former Olympic swimmer and Albert II, the Prince of Monaco, started in 2000 when they first met during a sports competition in Monaco. At that time Charlene was 22.

Their second meeting took place only 6 years later at a contest in Turin, after which the couple officially announced their relationship. Charlene and Albert married in 2011, with almost a thousand guests sharing their big day with them.
Although there were rumors that Charlene almost became a runaway bride and was planning to flee her wedding after rows with her fiancé, the couple seems to live quite a happy life now. Charlene gave birth to twins in December 2014 and has proven herself as a good mother and a rising royal star. 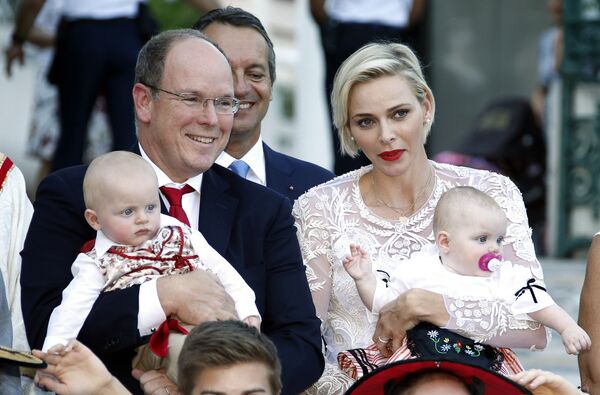 Sports also decided the fate of Mary, born to a family of teachers, and the Danish Crown Prince Frederik. The couple met during the 2000 Olympic Games in Sydney in a pub, where the Crown Prince was spending time with his friends.

When Frederik saw the young beautiful Mary, he fell in love with her at first sight. However, he decided to conceal his real identity and introduced himself simply as Fred. The couple had long-distance relationship for a while, when in 2011 Mary moved to Paris to work as an English teacher. However, the long distance was not the only obstacle the couple had to overcome to deserve their happiness.

After Mary eventually moved to Denmark, she had to fulfill several conditions for the parents of her fiancé before she became the Crown Princess of Denmark Mary Elizabeth. She had to give up her Australian citizenship, change from the Presbyterian to the Danish Lutheran Church, learn Danish and give her consent to renunciate all children born in the wedlock in case of divorce.