Hugh Jackman Rescued His Son and Others From Strong Currents 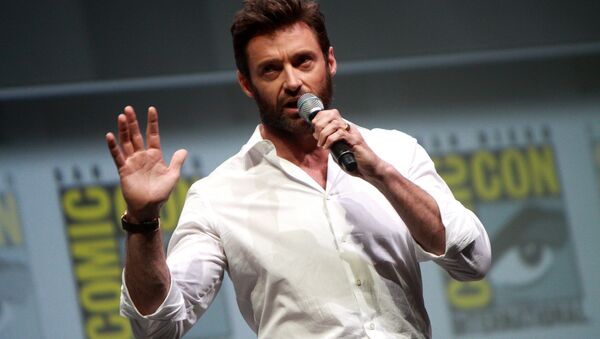 © Flickr / Gage Skidmore
Subscribe
Hugh Jackman, who was spending time with his children at a North Bondi beach in Sidney, saved several people from strong waves when a storm suddenly began.

Bikers to the Rescue: MC Patrols UK's Flooded Streets to Stop Looters
On March 26, several swimmers got caught in a strong riptide at a Sydney beach. According to witness accounts, the swell changed unexpectedly and the current began to draw people out to sea.

The top billing Australian actor, who also happened to be in the water, protected a girl from a strong wave and helped a man get to the shore, the Guardian reported. He then helped his own 15-year-old son Oscar and stayed to signal to other people to get out of the water and away from the rip tide.

"When we got in the water 20 minutes earlier it was fine. Then the water just came up suddenly," said witness Lynzey Murphy. "He just pulled them calmly onto the sandbar. He was pretty level headed. If you start freaking out in front of your children it is only going to make it worse."

A video obtained by Australia's Nine News shows Jackman pulling a man along and waving at people in the water alerting them to swim to shore.

WELL DONE to Patrol 13 captained by Rosie Taliano & Tom Bunting this afternoon who completed 43 rescues in total with only a limited 12 patrolling members rostered on. There were also 3 rescues in the morning completed by Patrol 10. A big THANK YOU to Waverley Duty Officers, @brontesurfclub, @bondisblsc, @bondilifeguards and @surfrescue30 for your extra assistance. The beach had to be closed due to dangerous conditions, multiple rescues happening all at once and limited resources. @thehughjackman was also spotted assisting with rescues! Thanks Hugh #mysurflife #northbondislsc #northbondi #surflifesaving #rescues #bondibeach #bondi #beach #easter #saturday #bondislsc #bronteslsc #bronte #irb #surfrescue30 #hughjackman

After the incident the beach was closed "due to dangerous conditions".