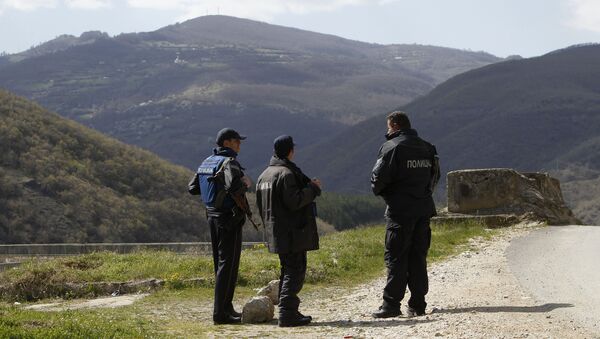 The Macedonian Interior Ministry has conducted a special operation in several villages on the border with the self-proclaimed Republic of Kosovo, ministry's spokesman Toni Angelovski said on Saturday.

Kosovo Gov't Facing Calls to Resign Over Serbia-Montenegro Agreements
BELGRADE (Sputnik) — Macedonian media reported earlier in the day that the Interior Ministry with the participation of a large number of police officers had conducted mass searches in a number of villages along the border. The operation reportedly involved army helicopters.

"We are now at the scene [of the operation] in the Matejce village. [Interior Minister Oliver] Spasovski will report on the purposes and results of the operation at a special press conference," Angelovski told RIA Novosti.

According to the Telma television, citing its sources in the law enforcement, "migrants, who had been deterred for several days by an unknown armed group were found [during the operation]."