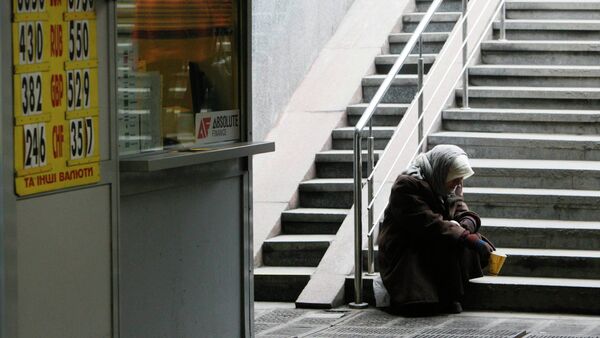 Natalia Jaresko, a US national in the post of finance minister of Ukraine, could soon inherit the office of the country’s prime minister, now occupied by the utterly unpopular Arseniy Yatsenuk. However, she can barely loosen the noose around the neck of the wrecked Ukrainian economy, German online Contra Magazin wrote.

​Yatsenuk’s days in the position of the Ukrainian cabinet minister are numbered despite surviving the recent no-confidence vote, according to the report. Jaresko is one of the most likely successors to the office.

“She’s being treated as an American puppet, just like the current prime minister, who is maintaining warm relations with the US State Department and with speculator and renowned sponsor of regime changes around the world, George Soros,” the report reads.

Jaresko “managed to gain support not only from the Ukrainian establishment, but from the Western political structures due to her implacable and hostile stance on Russia,” the author of the article added.

Ukraine's Petro Poroshenko Bloc Insists on Cabinet Resignation
The course of strict economizing prescripted by Jaresko in attempts to stabilize the Ukranian finance system at “any cost,” becomes a heavy burden for unprotected and vulnerable categories of people, such as private businessmen and “impoverished” pensioners, according to the author.

“So the noose around the neck of the wrecked Ukrainian economy is fastening rapidly.”

The Jaresko-led government will barely reverse the trends in the Ukrainian economy, according to Contra Magazin’s projection.

“Under the pressure of oligarchs the country is getting closer to the verge of economic and financial abyss,” the report alleges. “The political climate is still filled with hatred and disrespect.”

Another possible candidate for Prime Minister is Chairman of the Verkhovna Rada Vladimir Groisman, the Ukrainian President’s party fellow and close ally.