Thousands of Radicals Under Surveillance in France 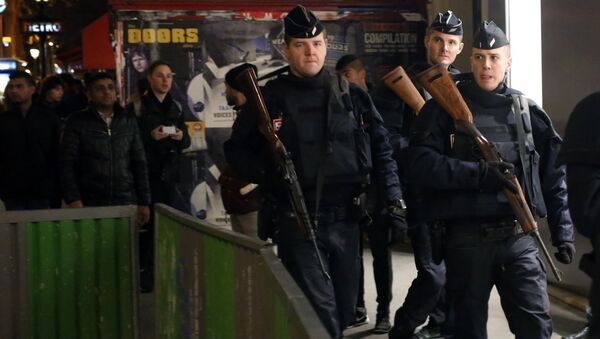 MOSCOW (Sputnik) — "There are young people on the verge of radicalization – more than 9,000 with 50% of them converts [Christians converted to Islam] — who are still in France under surveillance," Goulet, who co-chairs a committee that monitors jihadist networks in Europe, said.

"It is a long, long work, it doesn't come overnight", Goulet, who is a vice-chairwoman of France’s foreign affairs and defense committee, said of the deradicalization process in France, adding that the first efforts to prevent young people from being recruited by jihadists should start in school.

After a series of terrorist attacks in Paris killed 130 people and injured over 360 on November 13, 2015, France began to develop possible measures to prevent youth radicalization.

Last fall, French Prime Minister Manuel Valls announced a plan to create the first institution to tackle issues related to radical beliefs among young people. Earlier this month, French lawmaker Nicolas Dhuicq told Sputnik that Paris intends to open three dedicated deradicalization units to would provide differentiated psychological support to those who are known to be involved in jihadist organizations and create deradicalization prison units that would segregate prisoners convicted of or charged with terror-related crimes.

New FBI Program Instructs High School Teachers to Report 'Radical' Students
According to the International Center for the Study of Radicalization, over 1,200 French citizens have joined the ranks of the Islamic State (Daesh, outlawed in Russia) and other jihadist groups in Iraq and Syria, which makes the country the largest EU source of recruits for extremist groups.

"We already increased it [the budget for anti-terrorist efforts] tremendously. Since 'Charlie' we've spent 1 billion euros. We increased the military budget, we hired and trained more people. So we have already spent a lot," Goulet said, referring to the attack on Charlie Hebdo.

After the attack on the magazine's office, which was followed by a series of terrorist attacks in Paris in November, the French authorities significantly boosted the number of counter-terrorism officers, introduced better equipment for police and proposed a legal framework for prosecutors to bring terrorists to justice.

"What we can learn is that zero risk doesn't exist and we have to live with the new threat," the senator said.

She added that the Paris attacks as well as recent Brussels tragedy proved that there is a need to increase the exchange of intelligence and data on possible terror suspects among European countries as well as work more on prevention.