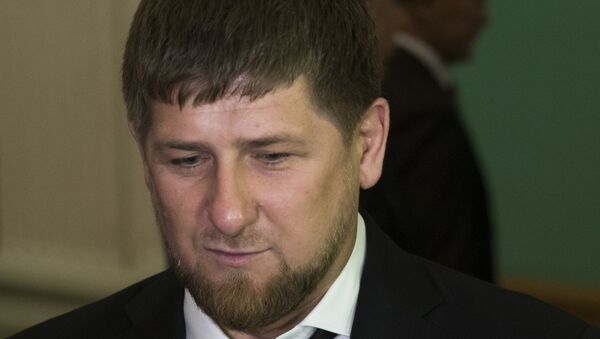 Russian President Vladimir Putin appointed incumbent Chechen leader Ramzan Kadyrov, whose term is about to end, as the republic's acting head on Friday.

Russia
Chechen Leader Kadyrov Calls on Muslim Leaders to Unite Against ISIL
MOSCOW (Sputnik) — The term of the head of Chechnya, who assumed office in April 2011 is due to expire next month.

"Your term ends on [April] 5, as you just mentioned. Based on what you've done over the past years, first of all for the Chechen people and for those living in the republic, but for Russia as a whole as well, I signed a decree today appointing you the acting head of the Chechen Republic, hoping for your participation in the September elections," Putin told Kadyrov at a televised meeting.

The president expressed hope, Chechen people would truly acknowledge what Kadyrov has done for the republic. Putin urged the Chechen leader to focus on contacts with the federal authorities regarding security issues and to do everything possible to comply with Russian laws.

Kadyrov will be the acting republic's leader until the elections that are scheduled to take place on September 18.