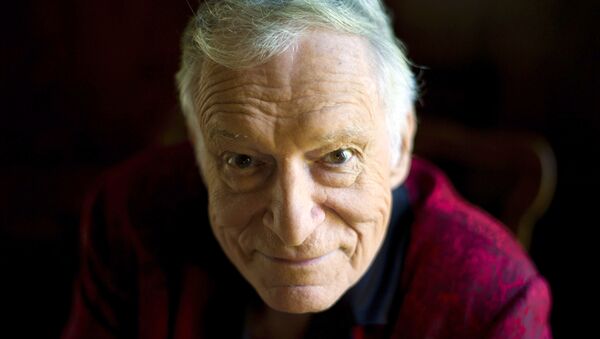 © AP Photo / Kristian Dowling
Subscribe
International
India
Africa
If you find yourself pining away for the naked ladies in Playboy issues past, the solution may be open for you to buy the mag and bring them back -- the legendary Holmby Hills mansion would be included.

Playboy Model Sentenced to Prison for Attempted Murder of a Mafia Boss
Playboy Enterprises Inc. is reportedly exploring the possibility of a sale. While the mansion has been on the market for some time, the company has reportedly been receiving offers for the entire corporation along with it, which could reportedly sell for as high as $500,000,000.

A deal of that magnitude would include Playboy's website, the magazine, the mansion, licensing deals, and various entertainment extensions.

The mansion went up for sale in January, for $200 million, with the hitch that the elderly magazine founder Hugh Hefner be allowed to live there for the remainder of his life.

Playboy Tycoon Hefner to Sell Costliest Home in US, But Isn’t Moving Out
The corporation is now working with L.A.-based investment firm Moelis & Company to explore their options, and there has been talk of placing it up for auction.

"Previously we engaged them in the fall to grow the media business and to separately list the mansion," CEO Scott Flanders said. "And as part of that they had inquiries as to whether the company could be sold. And several well funded entities have expressed interest."

The magazine itself has not been turning a profit recently, as readership has dropped to 800,000 from more than 5.6 million in 1975 during its heyday. The brand itself, however, is immensely valuable, and advertisers have reportedly embraced their new no-nudity policy.